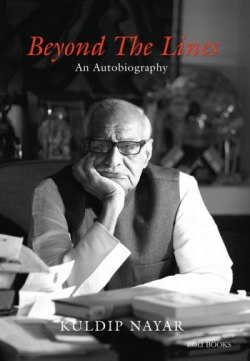 Delhi, India: Veteran journalist Kuldip Nayar today apologised to the Sikh community if any portion of his recently-released autobiography Beyond the Lines had hurt their sentiments.

The autobiography, which alleges that militant leader Jarnail Singh Bhindranwale was a creation of the Congress, had earned the ire of Sikh community.

In a statement here, Nayar said it had come to his notice that some parts of his autobiography had angered the Sikhs.

He had always raised his voice in favour of the Sikh Panth and had been a votary of Punjab, Punjabi and Punjabiat, the columnist said.

“I have a long history of activities and writings in this respect. I have no intention to hurt the sentiments of anybody,” he said.

“As such, I have decided to delete the portions of my autobiography on which objections have been raised. These parts shall not be there in the next edition of the book.

“Even then, if I have hurt the sentiments of anybody, I feel sorry and apologise for the same,” Nayar said.

The veteran journalist had stirred a hornet’s nest by writing in his book that Bhindranwale was “blessed” by the Congress.

The book’s also claimed that Sikh Student’s Federation chief, Bhai Amrik Singh, who died during the Operation Blue Star in June 1984, was an “IB agent”.

This angered the Sikhs who termed his autobiography as a “vilified propaganda” and demanded an apology from him.

Earlier, AISSF president Karnail Singh Peermohammad had said they would launch a campaign to burn copies of the book in front of Nayar’s residence in Delhi.

He had demanded the sale of the book should be stopped immediately till the chapter “Punjab in flames” was deleted.