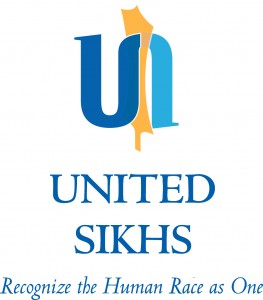 Ludhiana,Panjab: United Sikhs, a US based NGO and humanitarian aid organization, has offered congratulations to US President Barack Obama and the new members of Congress on their election victories on November 6, 2012.

“We welcome President Obama into his second term with much hope for policy changes that will better the futures of all Americans” reads a statement by United Sikhs.

In a statement, Kuldip Singh, President United Sikhs (USA) congratulated the US President on his second victory and also said, “Despite challenges, the Sikhs look forward to continuing to work with President Obama and his administration in the spirit of the enduring partnership to advance civil rights and liberties over the next four years”.

“With a second term ahead, we urge President Obama to take leadership and encourage policymakers to focus on issues around ensuring preserving religious freedom, promoting health care access, growing our economy, and increased diversity within the Administration. We call upon President Obama and members of the new Congress to prioritize ciivil rights and liberties- issues that are crucial to all Americans” he added.

Harpreet Singh, Regional Director of United Sikhs on Policy said, “Obama’s victory is a sign of continuation of Civil Rights journey and is symbolic for every oppressed in every imperialist country that began with freedom rides in the United States. United Sikhs intends to work closely with the Obama administration in protecting the Civil and Human Rights, improve on providing increased humanitarian aid during disasters and in the field of empowerment and education to immigrant communities”

“United Sikhs Humanitarian wing has been functional right through the Hurricane Sandy and the Nor’Eastern Storm that struck the east coast of the United States. Our efforts are to provide hotmeals and other items of daily need that are required by the people” he informed.

According to United Sikhs: “following 9/11 and especially in the wake of the terror attack on the Wisconsin Sikh Gurdwara, the Sikh community is concerned of the increased domestic extremism. Yesterday’s election also shows the impact of the minority vote. According to national exit polling by the Associated Press, 74% of Asian Americans voted for President Obama, while 25% voted for Governor Romney. It also showed that South Asian Americans are actively engaged in the electoral process”.