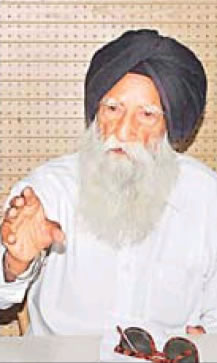 The apex court in Delhi had on Thursday observed that a ‘ high drama’ was played out in the Rajoana case, a day after Punjab chief minister Parkash Singh Badal met President Pratibha Patil against the scheduled hanging on March 31 at the Patiala jail.

“The judges have no business to make such observations,” said justice Ajit Singh Bains (retd) of the Punjab Human Rights Organisation (PHRO) at a joint press conference here along with other human rights activists.

“It is so unfortunate that the Supreme Court made such comments out of context while hearing a totally different case, that of Davinderpal Singh Bhullar,” Bains said.

The PHRO, the Khalra Mission Organisation (KMO) and the Lawyers for Justice and Democratic Rights also sent a memorandum to the President, the Prime Minister and the Chief Justice of India expressing their reservations over the Supreme Court comments on the Rajoana hanging issue while hearing Bhullar’s clemency case.

“The ire of the judges has been directed against the Punjab government for demanding clemency for Rajoana. They have called it ‘a political drama’, unmindful of the mass protests held in Punjab over the past four days. These observations have hurt the Sikh community.

These remarks have been made entirely out of context, as the matter in question was not before the court at all.

The court was handling a case which was entirely different, having been based on different facts and circumstances,” the letter to the President stated.