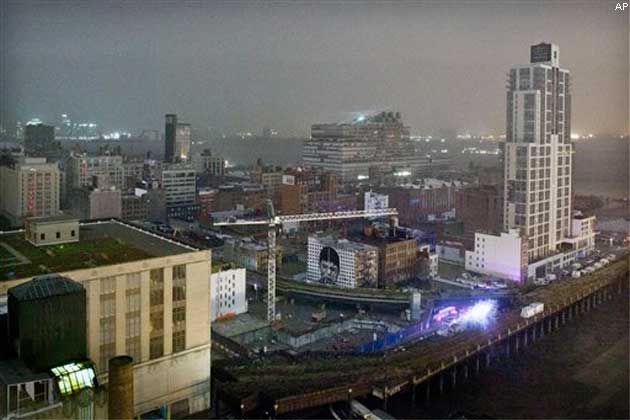 Comments Off on Superstorm Sandy: US gurudwaras turn into shelter homes 542 Views

Amritsar,panjab:As superstorm Sandy hit the US East Coast affecting millions of people, an international Sikh forum on Tuesday announced that gurudwaras in the country have been turned into shelter homes for the affected. American Gurudwara Parbandhak Committee (AGPC) said that arrangements have been made in Gurudwaras for providing food, water and shelter to those affected by the storm.“As the gurudwaras are often situated in large compounds, having enough food and water in stores, we would like to help the needy in this one of the biggest crisis in the areas, currently facing the impact of the storm,” said the AGPC in a statement issued from Freemont, California. The Sikh leaders said the gurudwaras management had been asked to store sufficient food as soon as the alarm was sounded for the storm.

Sandy, one of the biggest storms ever to hit the US, battered the coastline of New Jersey, where a large number of Indian families reside, with 80 mph winds, pushing seawater up by an unprecedented 13-feet in New York City. Floods inundated large number of areas in New York and New Jersey and an explosion at a sub-station on the east side of Manhattan’s Midtown left 500,000 people without power.