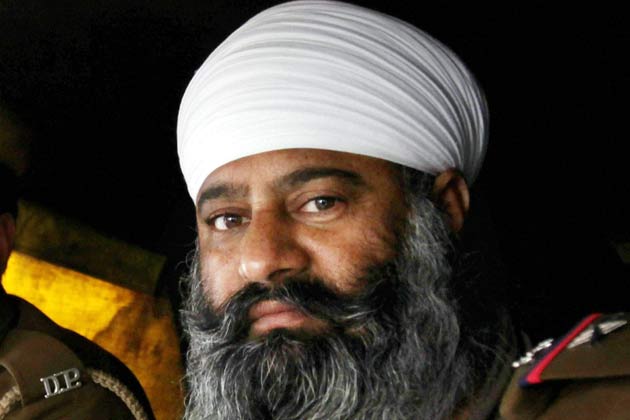 New Delhi: Police are on trail of a special unit of men who allegedly moved on Sukhdev Singh Namdhari’s orders, sources in crime branch said Monday.

This 30-member group is known by the name of ‘Khalsa Sena’ and was headquartered in Ghaziabad. Gang members are at least six feet tall and were allegedly armed with licensed Colts and Berrettas by their boss.

The ‘Sena’ followed orders passed only by Namdhari and Ponty Chadha and allegedly helped in land-grabbing as well as managing Chadha’s liquor business. The men were provided special mobile numbers and their leader was on the speed dial of the duo. Ponty’s security posse of 30, too, was given special numbers – all ending with 003.

This gang, police said, was just like the ‘Youth Brigade’ in parts of Uttar Pradesh controlling the “illegal side of the liquor trade”.

They have an hierarchy and are assigned duties on daily basis. They are divided in groups of three or four and sent to carry out tasks. In case of emergency, reinforcements are sent and local police are asked to help. They did not think twice about opening fire inside the farmhouse (No. 42), kidnapping workers and taking them to a third farmhouse (No. 34) where they assaulted those present. All are on payroll,” an officer said.

Namdhari held a meeting with them at a multiplex in Noida on the night before the shootout. The same night, he made calls to two political leaders in Uttarakhand and a top bureaucrat. Namdhari made seven calls to his men on his way to Fortis Hospital with the ‘injured’ Ponty in the car after the shootout, instructing them to leave the two farmhouses in groups.

While the men at the Chhattarpur farmhouse left for Punjab and Uttarakhand, those at the G-19 Kapashera farmhouse were asked to rush to Fortis. “It was after consulting these men that Namdhari told hospital staff that ‘outsiders’ had shot at Ponty,” the officer said.