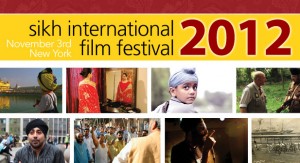 New York,USA:  According to a statement released by “Sikhs for Justice”, a US based human rights group, on November 2, 2012 The Sikh Art and Film Foundation is going to honor the Ambassador of India to the United States, Ms. Nirupama Rao as the Chief Guest at the 2012 Sikh Heritage Awards Gala in New York.

According to Sikhs for Justice these individuals represent a regime which planned and orchestrated the genocide of Sikhs in November 1984 killing no less than 30,000 Sikhs throughout India and have failed to deliver justice to the victims even after 28 years.

“It’s a matter of shame and remorse that on the very day when the Sikh community is remembering the victims on the 28th anniversary of the genocide, the Sikh foundation is honoring the very representatives of the government which caused the brutal genocide and has denied justice to the victims” reads the statement by SJF.

“Its shameful, tragic and offensive for Sikh Art and Film Foundation to stand with Indian Government responsible for genocidal attacks on Sikh community resulting in deaths of more than thirty thousand. Sikhs For Justice will start a campaign urging Sikh community to boycott the Film festival as no Indian Government official should be allowed to participate in any such functions.” – stated Gurpatwant Singh Pannun, Legal Advisor of Sikhs For Justice.

Sikhs for Justice has urged to boycott the festival and urges the organizers not to honor the representatives of the Indian government which caused Sikhs to be burnt alive and refuses to punish the guilty.