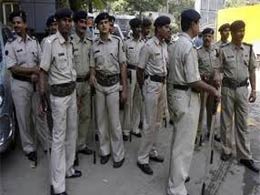 Sirsa, Haryana: Security agencies and local administration heaved a sigh of relief on Friday after the meeting called by various Sikh organizations went off peacefully even as they demanded registration of a case against Dera Sacha Sauda head Gurmeet Ram Rahim Singh.

The meeting was attended by hundreds of Sikhs at gurdwara Shri Dasham Pathshahi and leaders of Sikh groups appealed to resolve the issue in a peaceful manner.

The organizations have been demanding the arrest of Dera Sacha Sauda followers who allegedly pelted stones at gurdwara Chilla Sahib and set November 30 deadline for the police to nab the accused.

Dera Sacha Sauda followers and Sikhs had clashed in Sirsa on November 24. The violence, which had left seven persons injured, was triggered by a minor accident involving vehicles of a Dera follower and a local Sikh.

In a meeting, Sikh leaders lashed at the police and demanded arrest of 2,000 Dera followers, who were booked following the clash and registration of a case of conspiracy against the Dera head.

Addressing the gathering, Baljeet Singh Dadu head of Dadu Sahib Gurdwara and prominent member of Sikh community, said, “Everyone witnessed how Dera followers pelted stones at our gurdwara. This is a shameful act.”

Heavy security arrangements were made in view of Friday’s meeting that lasted four hours. RAF, CRP and Haryana police personnel also took out a flag march in Sirsa the afternoon.

Later, Shri Guru Granth Satkar Sahib state president Sukhwinder Singh Khalsa said, “We want peace in the city and not to get involved in any kind of trouble.” He added that they were also waiting for directions from the Akal Takht, the supreme temporal seat of the Sikhs, before taking any further action.

According to Takht Shri Damdama Sahib jathedar Balwant Singh Nandgarh, “Police must take action against the accused as soon as possible and arrest them.”

Previous: Sikhs get together in a display of gamesmanship at annual event
Next: Surrey Sikh Community Radiothon Raises More Than $715,000 On Gurpurab