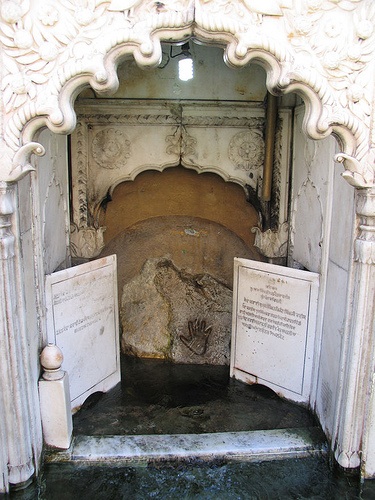 Sikhs to get Holy City in Pakistan: Sikhs in India still fighting for holy status for Sri Amritsar Sahib

Comments Off on Sikhs to get Holy City in Pakistan: Sikhs in India still fighting for holy status for Sri Amritsar Sahib 745 Views

Amritsar,Punjab: In yet another step to improve two community ties, Islamabad has started finalising modalities to declare the historical town of Hasan Abdal, a pilgrim centre for Sikhs, as holy city.

History has it that the town was visited by Guru Nanak and his hand print is visible on a rock where Gurdwara Panja Sahib was built. The gurdwara is frequented by Sikhs from around the globe throughout the year.

Pakistan’s deputy secretary, Evacuee Trust Property Board (ETPB), Faraz Abbas told TOI over phone from Lahore on Friday that interior minister Rehman Mullick had agreed to give holy city status to Hasan Abdal during the visit of a delegation from International Council of Jurists, led by Adish C Aggarwal who met Rehman on October 2. Faraz said ETPB had provided various facilities, including setting up of lodges and langar area for the visiting devotees.

Aggarwal said during his meeting with Mullick, he had urged the Pakistan minister to declare Hasan Abdal as holy city since it is one of the most revered gurdwaras.

Mullick accepted the request and wrote a letter to Punjab chief minister Parkash Singh Badal inviting him and his son Sukhbir to be part of the historical declaration sometime in October.

Aggarwal said he would deliver Mullick’s letter to the chief minister. “The proposal was also accepted by Pakistani judges and lawyers who were with him. However, no official notification has been issued by the Pakistan government on this till now,” he added.

Thousands of Sikhs throng the gurdwara at Hasan Abdal, around 40km from Rawalpindi, on the eve of Baisakhi every year.