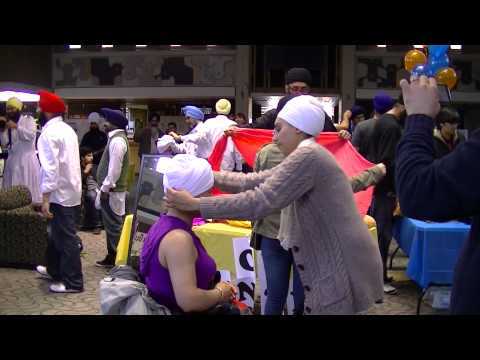 Amritsar, Punjab: Sikh males participated in the ‘Mr. Singh International 2012’ pageant here over the weekend with the objective of restoring turban pride.

The “Turban Pride Movement” or the Akaal Purakh Ki Fauj (APKF), a voluntary organization, decided to dedicate the pageant to generate awareness about Sikhs globally.

The auditions for the contest were held in more than 60 metro cities of various countries.

“This is a great opportunity for us. Those who have a good face and body can come here and showcase their talent. I would appeal to my community to come forward and organize such programmes frequently,” said Tejinder, a participant.

Balwinder Singh, another participant, said that the event was organised with a motive to eliminate the inferiority complex that they suffer from.

“This pageant has attracted a large number of Sikh males. They have been praised and this has restored their belief that Sikhs can excel in any field they choose,” said Balwinder Singh.

The APKF first organised the “Mr. Singh International event in 2005 with the objective of attracting Sikh youths towards show biz that would further inspire the young children of the community to be in Sikh attire always.

Finalists underwent a three-month personality-grooming course. They were taught skills related to the Gatka (the traditional Sikh martial art), theatre performance, Gurmat (the Gurus teachings and Sikh Code of Conduct) and basic mannerisms before the grand finale.