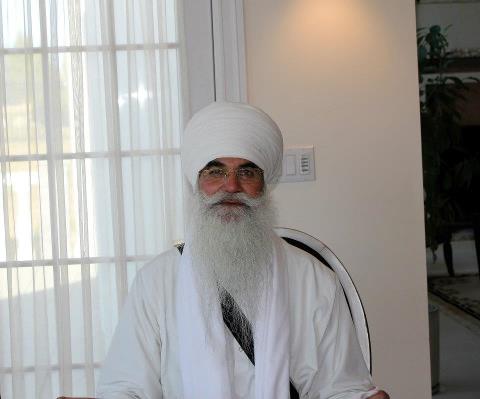 Sikh priest Punjab Singh hasn’t regained consciousness since the shooting rampage at a Wisconsin temple earlier this month, and is hooked up to a machine to help him breathe, his family says.

Singh was among four people wounded and six people killed in the Aug. 5 attack. His sons said they rushed from India to be with their father after the shooting, and now spend most of their waking hours at the Milwaukee hospital where he remains in a coma.

“It’s hard, but we are just trusting in God now,” his older son, Raghuvinder Singh, told The Associated Press in an exclusive interview Wednesday at the temple where the shooting happened.

Punjab Singh was critically wounded by a gunshot to the head and needs a machine to help him breathe. His son declined to discuss his father’s current condition, deferring to hospital officials to release information at the appropriate time. A hospital spokeswoman said she couldn’t immediately comment, citing confidentiality laws.

The elder Singh was wounded when a gunman opened fire at the Sikh Temple of Wisconsin in the Milwaukee suburb of Oak Creek.

Singh was in a bedroom at the temple that morning. When he heard gunfire he tried to barricade himself, but the gunman apparently forced the door open far enough to reach his handgun inside and shoot Singh once in the face as he hid behind the door.

Raghuvinder Singh, 44, his mother and 29-year-old brother, Jaspreet Singh, heard about the shooting at their homes in India and rushed to be by Punjab Singh’s side. They arrived in the U.S. on Aug. 11, Punjab Singh’s 65th birthday.

The soft-spoken brothers perked up as they shared stories about their father, smiling as they described his deeply religious ways and passion for educating and clothing poor children in India.

“He was always sending us to buy books, uniforms and shoes for poor children,” Raghuvinder Singh said. “Any money he made from preaching, he would spend on donations. He wasn’t interested in a bigger house for himself or a new car. He just wanted to help poor people.”

After he retired from the Indian army, Punjab Singh began preaching in India and also accepted speaking invitations from Sikh leaders in California, New York and New Jersey.

“He was able to relate to people well,” family friend Mandeep Kaur said, explaining why Singh’s services were in such demand. “He was able to preach at a level normal people could understand.”

Singh was born to a family of farmers in 1947, four days before India gained its independence. He joined the Indian army, where he was both a track athlete and a religious teacher. He fought in two wars and received a number of medals.

But his true love was preaching. Friends said his messages were especially compelling because he led by example.

“He’s a preacher who actually practices what he preaches,” family friend Balbir Singh said. “He’s a man of his word, a very disciplined man, very structured.”

Punjab Singh had been to Milwaukee three previous times. His fourth trip was on Aug. 1, four days before the attack.

Singh doesn’t have medical insurance. He might qualify for financial assistance through government programs or Wisconsin’s Crime Victim Compensation Program, in which victims can receive up to $40,000 in federal funds.

His family and friends said they’re too focused on his health right now to worry about bills.

The three other people wounded in the rampage have all been released from the hospital.

Singh’s sons recalled their father’s constant willingness to help others, even if it meant putting himself at risk.

Raghuvinder Singh recalled an incident in which his father watched a boat capsize in a raging Indian river. He said his father quickly strung a rope over the rapids and pulled himself, hand over hand, until he reached the boat and turned it upright. Unfortunately, the boat’s occupants had already been swept down the river, the son said.

“He said, ‘I tried my best. That’s what God wanted,'” Raghuvinder Singh said.

The mood of the sons turned somber as they reflected on what their father has endured as a result of the shooting. They spoke to the AP from inside the Sikh Temple of Wisconsin, just steps away from the bedroom where their father was shot.

They said they took comfort in knowing Punjab Singh was in a holy place at the time of the attack.

“This is our God’s home,” Raghuvinder Singh said. “We’re never going to forget what happened here, but we know this is God’s house.”