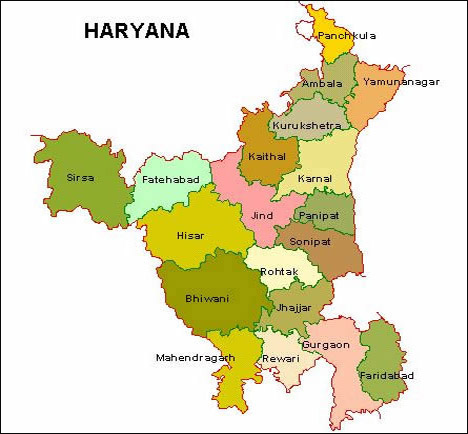 Sikh organizations discovered another site of Sikh genocide in Haryana

Amritsar, Punjab: While investigations into the killings of Sikhs at village Hondh-Chillar is yet to begin and within days of Justice Garg’s visit to Hondh-Chillar, All India Sikh Students Federation (AISSF) and Sikhs for Justice (SFJ) claim to have unearthed another Sikh genocide site at Haily Mandi, Pataudi, in Haryana.

According to both organizations, more than 28 Sikhs were killed in systematic, organized and well-planned attack during November 1984 anti-Sikh riots at Haily Mandi .

While releasing a copy of FIR number 282-83 that was registered at Pataudi police station on November 12, 1984, here on Monday, Karnail Singh Peermohammad, the President of AISSF, said that at Haily Mandi railway station, the alleged death squads poured kerosene oil on the Sikhs and burnt them alive.

The FIR had more than fifteen names of the accused who were involved in the killing of Sikhs at Haily Mandi, Pataudi during November 1984, he said. He also added that “there was a list of 24 witnesses in the FIR as well but on April 26, 1986, then Sessions Judge VM Jain acquitted all the accused because of the lack of evidence”. He said another FIR number 165 was claimed to have been registered at Pataudi Police Station by Harbhajan Singh of Village Kheri who survived the attack.” It is shocking that after Hondh-Chillar, now Haily Mandi genocide site of Sikhs has been unearthed after more than twenty eight years” Karnail Singh said .

The AISSF chief said the newly discovered site of Sikh genocide raised a question as to what was the extent of loss of life of Sikhs during the organized and planned attacks in November 1984. Both the organizations have demanded statewide investigations into the killings of Sikhs and appointment of a 3-member commission comprising of high court justices to investigate into the incidents of attacks on Sikhs in Haryana.

Meanwhile, in a statement issued from New York, Gurpatwant Singh Pannun, a legal advisor to Sikhs For Justice, stated that “now with the discovery of Haily Mandi, Pataudi genocide site of Sikhs, it was clear that Sikhs were targeted throughout India in an identical pattern”.