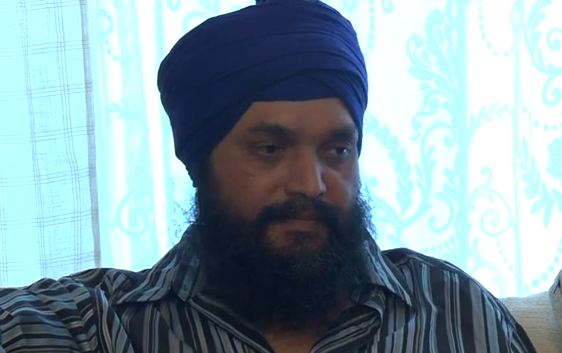 OAK CREEK- One of the men wounded in the Sikh temple shooting massacre is now recovering at home.

Santokh Singh was inside the Sikh temple on August 5, when a lone gunman opened fire.  Six people were killed before Wade Michael Page took his own life.

Singh heard a woman scream, followed by gunshots.  Seconds later, he came face to face with the gunman.

Singh was confused by Page’s actions.

“Whats wrong with you? Why you kill? Why you shoot me? And then he shoot again and then he run out from the temple,” Singh’s nephew translated.

Singh ran to a nearby home.  The owner called police.

Singh is left with emotional and physical scars from the attack, but told TODAY’S TMJ4 it wasn’t up to him if he survived the horrific shooting in Oak Creek.

“He was like in the God’s hand, like he will survive, he was just praying and holding his stomach and just screaming someone call 9-1-1,” described Singh’s nephew.

The investigation into what triggered this shooting is far from over.

Meanwhile, wounded officer Lt. Brian Murphy is in satisfactory condition while Punjab Singh is in critical condition at Froedtert Hospital from the Sikh temple shooting.