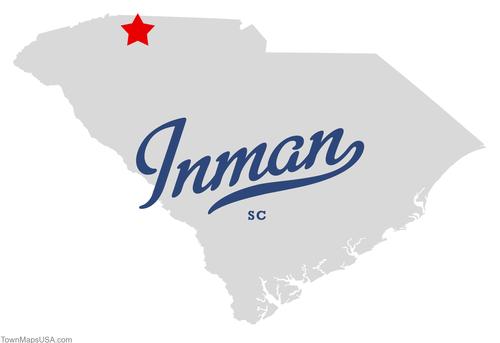 Inman, SC : UNITED SIKHS has been informed that on November 19, 2012 at approximately 11:15 pm, a Sikh gas station worker was shot at in Inman, South Carolina.

While closing his convenience store located in the gas station, a flying object struck the worker’s eye and he started bleeding profusely. He immediately called 911 and was taken to the hospital where he received 6 stitches to close the wound. The incident report given by the police categorizes this incident as AFRM Assault with a Firearm.

The worker is a practicing Sikh and keeps a long flowing beard. He also reported to UNITED SIKHS that two days before he was shot at, he noticed a hole in one of the thick glass panes in the store. He also found numerous dents on the sign boards and other metal surfaces in the store. UNITED SIKHS is in possession of pictures (included with this press release) which clearly show dents that appear to be bullet marks. One of the pictures also show hole consistent with a bullet hole in a thick glass shield.

UNITED SIKHS is in touch with various law enforcement agencies including the police department, US Attorney Office and Department of Justice in the Carolinas. The team is also in touch with the President of Sikh Society of Upstate South Carolina. Speaking to the family, UNITED SIKHS Director in the Carolinas, Pawanjit Singh, noted “Sikh identity has become a frequent target for hate generated violence. It is appalling that Sikhs are struggling, to this day, to maintain and protect their identity. UNITED SIKHS will continue to put pressure on our law enforcement agencies to take prompt and decisive actions. We request you to alert the authorities promptly if you have concerns or notice any suspicious activities.”

When contacted by UNITED SIKHS, the owner and his family expressed fear of threat to their lives. The owner’s eldest daughter, who has proudly served in the United States Army with deployment in Iraq and Afghanistan, expressed dismay and disbelief that someone would, so blatantly, attack a human life.

The owner stated dissatisfaction over the minimal action taken by the police to address the incident. On Monday, Nov 26, a detective of the Spartanburg County Sheriff’s Office sent him an email that included the Incident Report. This was the first official document from the police acknowledging the case – a week after the incident. The incident report has categorized the offence as AFRM Assault with a Firearm.

UNITED SIKHS is following up with the Spartanburg County Sheriff’s Office to thoroughly investigate this case on a priority basis.

This incident comes at the heels of the shooting and killing of 6 members a Sikh congregation in Wisconsin. A few weeks ago, cars were scratched in the parking lot by a young white male at a Sikh Temple in Norcross, GA. Earlier this year, a Sikh temple under construction in Sterling Heights, Michigan, was defaced, with graffiti on the wall depicting a gun and a Christian cross. Someone also scrawled “Mohmed,” likely in reference to the Muslim prophet Mohammed.

These incidents are of grave concern to the members of Sikh community.