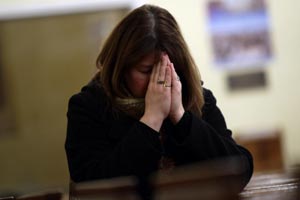 Sikh community offer prayer for victims of US school shootout

San Francisco, California:Expressing shock at the senseless killing of innocent children at a school in Connecticut, the Sikh community in the United States offered prayer to the victims of deadly incident.

“It feels like revisiting the tragedy again which affected me and my family. These bullets are hitting us again. I can feel the pain that these families must be going through,” said Amardeep Kaleka, son of the Sikh Gurdwara president who, was killed in the shooting in Sikh Temple of Wisconsin in August.

Six Sikh worshippers were killed when a white supremacist lone gunman went on a shooting spree inside the Gurdwara on August 5.

“I can feel the pain that these families must be going through. As I am preparing to take my father’s ashes for immersion, I offer prayers from my sad heart,” Kalra said.

“The Sikh Temple of Wisconsin specifically wishes to express it’s condolences and is sending their best intention and energy to the parents of the children and the victims’ families who have lost so much,” he said.

Twenty children and six adults were killed in a shootout inside an elementary school in Connecticut, shocking the entire nation, which has experienced several such senseless shooting incidents in the last one year.

Washington-based Sikh Council on Religion and Education chairman, Rajwant Singh, appealed to all Sikh Gurdwara to hold candle light vigils and to offer prayers for the affected families this weekend.

“While we just marked the four month anniversary of shooting in the Sikh Gurdwara in Oak Creek Wisconsin where six lives were taken by a lone gunman, Sikh community empathises with the families of the victims of this national tragedy,” he said.

“These kinds of violent occurrences are happening too often and it needs a concerted response from all in the society. The time has come to be proactive. Our children are our most precious gifts and they need safe and healthy environment,” Singh said.

Condemning this senseless act of violence in the strongest possible terms, United Sikhs – a Sikh advocacy group – requested the community members to stay alert and report any suspicious activity.

“We also request that children not be exposed to news images of the Newtown shooting. Disasters, whether human-made or natural, have a significant effect on the health and emotional well-being of children,” it said in a statement.

Previous: Sikhs to hold vigil for Connecticut victims
Next: Some objects to facility-expansion plans for Fremont Sikh Gurdwara