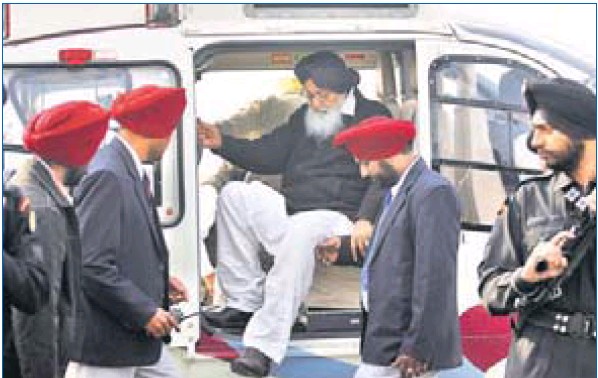 Chandigarh, Punjab: Claiming that the Shiromani Akali Dal (SAD) would emerge victorious in the Delhi Sikh Gurdwara Management Committee (DSGMC) el ections due next month, party patron and Punjab chief minister Parkash Singh Badal on Sunday accused his Delhi counterpart Sheila Dikshit of the Congress of delaying the management body’s polls “since its fallout would severely impact the Congress’ prospects in the coming Delhi assembly elections”.

The current DSGMC setup’s tenure ended in January 2011, but the polls have not been held. The Supreme Court has set December 31, 2012, for the DSGMC elections now.

Referring to DSGMC president Paramjit Singh Sarna, who has held sway over the Delhi gurdwara body since forming his own party the SAD-Delhi, Badal added, “The Sarna brothers have been in league with the Congress since long.”

In Ludhiana on Saturday, Dikshit had denied any role in the DSGMC poll delay, and rubbished allegations of a role in the recent clash between the Sarna and Badal groups at Delhi’s Rakabganj gurdwara. She had also told Badal to “keep away from the Delhi Sikh affairs”.

Badal, who was here to preside over a function at Sant Baba Bhag Singh Educational Complex, replied, “The SAD has every right to participate in DSGMC affairs because we fought valiantly in the gurdwara reforms movement and made supreme sacrifices to get laws passed for formation of bodies to manage daily affairs of Sikh shrines.”

He said that before questioning his role in DSGMC affairs, Dikshit must explain the rationale behind the “ill-conceived move” of amending the Delhi Gurudwara Act of 1971. The amendment — approved by the DSGMC and the Delhi cabinet, and waiting the assembly’s nod — would entail direct elections to the post of DSGMC chief, to be held parallel to the members’ election.

In a statement issued in Chandigarh, Badal’s son and deputy Sukhbir Singh Badal, who is president of the SAD, also reacted: “Someone please go and tell her (Dikshit) that Sikh affairs are very much a business of the Sikhs, and of the Sikhs alone, and that she or her government should stay away… Let her instead use her position to ensure better law and order in Delhi.” Sukhbir reiterated the CM’s call to the Prime Minister Manmohan Singh to stop the Delhi government from amending the DSGMC electoral procedure.

SAD spokesperson Daljit Singh Cheema reminded Dikshit that it in 1970, it was the then SAD president Sant Fateh Singh who had led a morcha (procession) in Delhi demanding a democratic body on the pattern of the Amritsar-headquartered Shiromani Gurdwara Parbandhak Committee (SGPC) for Delhi. “Parkash Singh Badal and 16,000 other SAD cadres went to jail in that morcha. The present DSGMC came into being in 1971 as a result of those sacrifices,” he said. 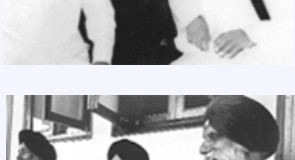 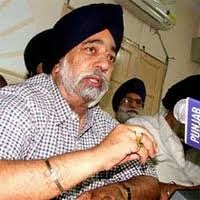