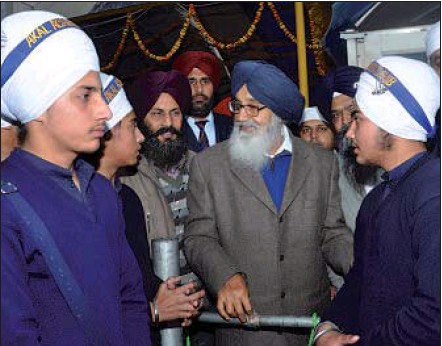 Comments Off on Shaheedi Jor Mela gets underway 493 Views

On the very first day, thousands of devotees paid homage to Zorawar Singh, Fateh Singh and their grandmother Mata Gujri at gurudwara Thanda Burj, where they were imprisoned; gurdwara Fatehgarh Sahib, the place of their martyrdom and gurdwara Jyoti Saroop, where they were cremated.

The district administration also released a souvenir of the mela. An exhibition was also held, which was inaugurated by Fatehgarh Sahib DC Yashvir Mahajan. The language department organised a ‘ kavi darbar’.

The Day 2 will witness political conferences and on the last day, a ‘ nagar kirtan’ will be taken from gurdwara Fatehgarh Sahib to gurdwara Jyoti Saroop.

An Israeli police team on Tuesday visited Fatehgarh Sahib to get first- hand knowledge about the security arrangements for the Shaheedi Jor Mela. Fatehgarh Sahib SSP HS Mann reportedly gave detailed information to the Israeli cops about the steps taken by the police to ensure that there was no untoward incident during the mela.