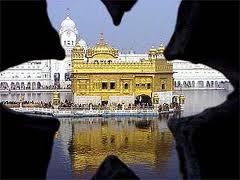 SGPC president Avtar Singh Makkar informed TOI on Saturday that Giani Jaswinder Singh would continue to perform his duties as Granthi but for next six months he wouldn’t be allowed to perform any service in sanctum sanctorum of Golden Temple during direct relay of kirtan. Makkar informed that the decision to demote Giani Jaswinder Singh from the post of Head Granthi, Golden Temple was taken during the meeting of executive committee of SGPC held at Gurdwara Degsar Sahib Katana, Ludhiana on Saturday.

It is learnt that the action against Giani Jaswinder Singh was taken due to a grave religious mistake committed by him in recent past. Sources in the committee informed that on last Wednesday Giani Jaswinder Singh forgot to read Chopai Sahib during Paath of Rehras Sahib in the sanctum sanctorum of Golden Temple which was noticed by Sikhs around the world through live telecast of Gurbani from Golden Temple.”We received numerous complaints from India and abroad following which a team was constituted to probe the incident” said sources.

Sources also informed that Giani Jaswinder Singh was even asked to resign but he had refused following which executive committee decided to relieve him from the post of Head Granthi of Golden Temple. Makkar informed that the executive committee had also demanded from Central government to ensure elections of Delhi Sikh Gurdwara Management Committee as par direction of court.

While blaming on Paramjit Singh Sarna, president, DSGMC and his brother Harvinder Singh Sarna for allegedly trying to wrest control of DSGMC by force, Makkar alleged that Sarna brothers had first invited Manjit Singh GK, president Delhi State Shiromani Akali Dal (Badal) and others and then they were attacked and physically injured at Gurdwara Rakabganj. He said Centre government should direct Delhi government to not intervene in the religious affairs of Sikhs.