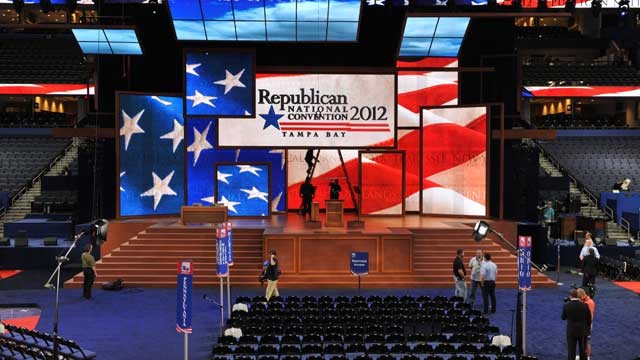 Florida, US: An American Sikh is scheduled to speak Wednesday at the Republican National Convention in Tampa, Fla., the first time the party has invited a Sikh to speak at a national convention.

Ishwar Singh, head of the Sikh Society of Central Florida, will give the invocation on Wednesday evening, according to the most recent schedule available. Tropical Storm Isaac has disrupted some of the Republicans’ convention plans.

“I want to educate the people, so they know about Sikhism,” Mr. Singh said Monday night by telephone. Mr. Singh said he was contacted by the party after the Aug. 5 shooting at a Sikh temple in Wisconsin that killed six people. The gunman, who was killed by the police, was an Army veteran and white supremacist who some believe confused turban-wearing Sikhs with Muslims.

Mr. Singh said he thinks the Sikh vote in America is split. “I think you’re going to see everyone has their own opinion,” he said. “I won’t say we’re all Republicans or Democrats, you will see individuals like everywhere else.”

Mr. Singh moved to the United States in 1970 from Indian Punjab to study biomedical engineering, and he has worked as an engineer for much of his life. He runs a gurdwara, or Sikh temple, in Orlando, Fla., which has about 300 families as members. After the August shooting, the gurdwara held an open house for the local community that drew almost 600 people, he said.

Mr. Singh said that anti-immigration elements of the Republican Party receive outsized attention. “The majority of people who I deal with today who are Republican are open-minded about everything, but there are some people who are rigid, who are vocal, who try to control the whole thing,” Mr. Singh said. “That can happen with any party.”

“There are a lot more diverse people in the United States who are open-minded then there used to be,” Mr. Singh said of the changes he has seen since he immigrated. Thanks to mixed marriages and other factors, “the dynamics of the whole thing is changing,” he said.

Still, some Sikhs had not been expecting such an invitation. “I remain surprised,” Rupinder Mohan Singh wrote on American Turban, a blog about Sikhs in America. “If this turns out to be the case, it would be a touching gesture in the wake of the Wisconsin shooting on behalf of the Republican Party to the country’s Sikhs and other minorities.”

At an Iowa fundraiser this month, Mitt Romney, who will formally receive the party’s presidential nomination this week, mistakenly referred to Sikhs as “sheiks” when speaking about the shooting. A spokesman said he had “mispronounced similar-sounding words” and that the mistake came at the end of a long day of campaigning.

Mr. Singh is the first Sikh to speak at a Republican National Convention, according to available records of past speakers. He said the party contacted Nikki Haley, the Republican governor of South Carolina whose family is Sikh, about enlisting a Sikh speaker for the convention, and that Ms. Haley’s father referred the party to Mr. Singh.