Report: US Sikh temple shooter had no drugs in system during deadly rampage

Comments Off on Report: US Sikh temple shooter had no drugs in system during deadly rampage 123 Views

Milwaukee,USA:- A white supremacist with a history of alcohol problems was drug-free when he walked into a Sikh temple in the U.S. this summer and fatally shot six people before killing himself, according to a toxicology report released Wednesday.

There were small amounts of alcohol in Wade Michael Page’s heart, but because there was none in his bloodstream, the alcohol may have been produced after Page’s body tissues began breaking down, a Milwaukee County pathologist said.

“It is impossible to tell if the ethyl alcohol level is due to alcohol ingestion or a product of decomposition,” Agnieszka Rogalska said in an email.

Page’s sister had told investigators that in the year preceding the rampage, her brother developed a bloated appearance that made her wonder if he’d been drinking. She also said Page seemed to grow more intense, as if he had lost his wit and sense of humour, according to an investigative report.

Page, 40, opened fire Aug. 5 before a service was to start at the Sikh Temple of Wisconsin. He killed six and wounded four before he was shot during a firefight with police. He died after he shot himself in the head.

Page’s sister told authorities her brother didn’t use drugs but had a history of alcohol problems. He was cited several times over the years for his drunken behaviour and was convicted in Colorado of drunken driving in 1999 and in Texas in 2004 for drunkenly kicking holes in a bar’s walls.

Page had several tattoos associated with the white supremacy movement, including the number 14 on his left shoulder and the number 88 on his right one, according to an Aug. 6 autopsy report that had been kept under seal until the FBI completed its investigation Tuesday. In white-supremacist circles, “14” represents the 14 words in a popular skinhead mantra. The number “8” points to “H” as the eighth letter of the alphabet, and 88 is a reference to, “Heil Hitler.”

Page also had tattoos of skulls and crossbones on one forearm, flames on his lower leg, the word “Suffer” across his shoulders and “Pride” on his upper chest.

The FBI issued a statement Tuesday saying the agency had concluded its investigation into the rampage and found no evidence to suggest Page had any help or was carrying out any directive from any white supremacist group. Investigators also found nothing to suggest the attack was part of any ongoing threat to the Sikh community.

The statement did not mention any motive. The FBI has said Page’s motive may never be known.

Tagged with: Sikh Temple of Wisconsin US Sikh temple 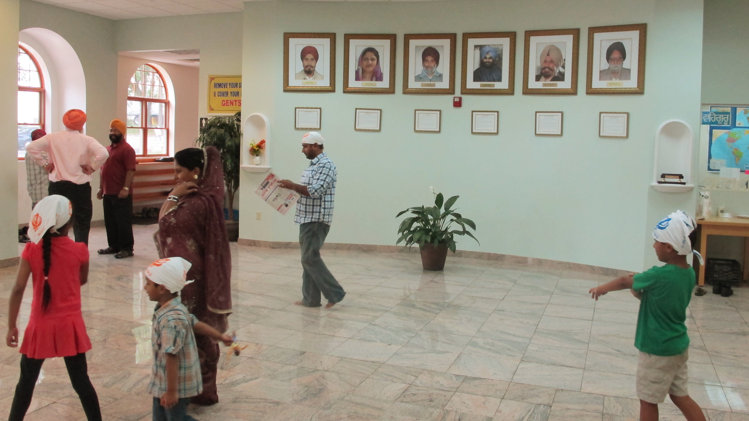