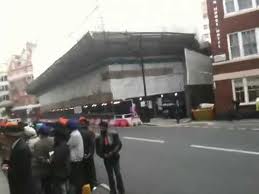 Jalandhar,Punjab:- Following the ugly clash at gurudwara Rakab Ganj on November 15 some prominent Sikh personalities and organizations have formed a Peace Committee as there are apprehensions that violent scuffles can take place in the coming days especially on Gurpurabs and Nagar Kirtan days.

Representatives of Shirmani Akali Dal (Badal) and Paramjit Singh Sarna led SAD (Delhi) have also been included in the peace committee. Senior Supreme Court advocate H S Phollka said that a number of meetings were held by various Sikh Organizations initiated by the Sikh Forum to discuss the unfortunate incident of violence at Gurudwara Rakab Ganj. This incident had not only amount to desecration of Gurudwara Sahib, it has also lowered the image of the Sikh Community in the whole World.

“The most disturbing part is the likelihood of this kind of violence continuing in future. According to intelligence reports there is every likelihood of violent incidents during the Nagar Kirtan on November 24 and 27 and also during the congregation on both the Gurpurabs of Guru Tegh Bahadur and Guru Nanak Dev on November 25 and 28 respectively.

“There was general refrain among the devotees that something should be done by the Sangat to stop the violence and deteriorating the image of the community any further,” Phoolka disclosed. The peace committee would speak to both the sides urging them to pursue their political fights without resorting to violence.

Phoolka saidt hat a ‘Candle Light Vigil’ would also be held at the spot of the violence that is Gurudwara Rakab Ganj Sahib on Friday at 5 PM. The Peace Committee has started working and interacting with both the groups, said Phoolka.

Source: The Times Of India

Previous: Report: US Sikh temple shooter had no drugs in system during deadly rampage
Next: Sikh Temple shooter ‘acted alone’