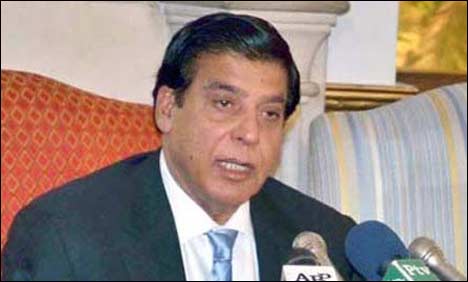 Lahore,Pak: Prime Minister Raja Pervez Ashraf on Sunday said that the PPP-led government was committed to protect the rights of minority communities living in Pakistan.

The Prime Minister said that the PPP government believed in promoting interfaith harmony and the relations between Sikh and Muslim communities in Pakistan were a very good example in this context.

The government, he added, had also established a separate Ministry of National Harmony to facilitate the minorities as well as restore their sacred places to enable them to perform their religious rituals with freedom as envisaged in the manifesto of Pakistan Peoples Party (PPP).

Raja Pervez Ashraf greeted the Sikh community on the 544th birthday of their spiritual leader Baba Gura Nanak. “It is a pride for us that Pakistan has many holy places of Sikhs and wherever in the world you live, you have religious attachment to this soil.”

He said that the Sikh and Muslim communities of the sub-continent had identical values and cultural heritage. The most common value is “Tawheed” (Oneness of God), and “we have to promote and strengthen these relations,” he added.

The Prime Minister said that Baba Guru Nanak was a great reconciliator and reformer and was strongly against social immorality and lawlessness. Baba Guru had always advocated for love, human friendship, fraternity, peace, justice, truthfulness and harmony that was why people belonging to every religion respected him.

Islam also advocates justice, peace, love, fraternity, equal rights for all segments of the society, including minority communities and ensures minorities respect and security while setting aside all petty disputes that cause extremism and inter-faith hatred, he added.

The Prime Minister also took notice of the visa constraints for Sikh Yatrees by the company hired by Pakistan’s Embassy in the UK and tasked the Evacuee Trust Property Board’s Chairman Syed Asif Hashmi to look into the matter.

He also announced the establishment of a passport office in Shahdara, Lahore. (APP)

Previous: Bright Sikh students get their reward
Next: Sikh Yatrees back to London after performing religious rites in Nankana Sahib