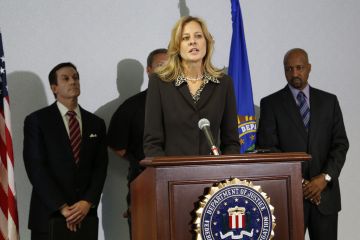 Oak Creek, WI Investigation Report released: FBI fails to label this as an act of hate

Milwaukee, Wisconsin: Teresa Carlson, special agent in charge of the FBI’s Milwaukee office, announced on Tuesday, Nov 20. 2012 that the agency has finished its probe into the Oak Creek, Wisconsin shooting on August 5, 2012, that killed six Sikh worshippers and injured four individuals. The FBI concluded that the shooter, Wade Michael Page, acted alone. They found no evidence that he had help or was carrying out any orders from any white supremacist group. She went on to state that nothing in this attack suggests any ongoing threat to the Sikh community.

The events that transpired on August 5, 2012 in Oak Creek, Wisconsin serve as a stark reminder that despite having coexisted in America for more than 100 years, the Sikh identity is not accepted. And it is this fact that should concern everyone.

The shooting that occurred in Wisconsin shows us that we have allowed individuals such as Wade Michael Page, a “frustrated neo-naz i” who led a white supremacist music group, to steer the direction of America. He used his privilege as a white supremacist member of society to show America that diversity must be counteracted with violence, hate, and ethnic cleansing. This is not the message that we want to send to the world, or to our children.

Whether Wade Michael page acted alone or at the direction of a white supremacist group, the fact that he took it upon himself to take innocent lives on that fatal day, reminds us of the lack of tolerance within our society. It is a well known fact that the Sikh community has been the target of attacks by extremists in the aftermath of 9/11. Threats from extremist groups has kept the fear of personal attacks alive within the Sikh community. Wisconsin massacre was that fear coming true. It is time our government took concrete measures to track previous attacks, take stern action and create awareness.

No one is oblivious of the fact that the massacre was fueled by hate. We want FBI to acknowledge this fact, akin to the statement issued by Attorney general Eric Holder on August 10, 2012 where he called the attack a “hate crime”. Sen. Dick Durbin also labelled it as hate crime – “The recent shooting at a Sikh temple in Oak Creek, Wisconsin, was a tragic hate crime that played out on TV around the country,” said Sen. Dick Durbin, D-Illinois, who chaired the hearing for a Senate Judiciary subcommittee. “It was not the first tragedy based on hate, and, sadly, it won’t be the last,” Durbin said of the shooting. But it should cause all of us to redouble our efforts to combat the threat of domestic terrorism.”

Unless this fact is acknowledged, measures cannot be taken to address it. UNITED SIKHS asks that the FBI label this as an act of hate and take real and constructive action to prevent future similar acts. Lets all do our part in creating this awareness and asking for justification and real actions to prevent such a heinous act ,that took six innocent lives with it, from happening again. We cannot afford to lose more innocent lives.

Previous: India condemned for breaking moratorium against the Death Penalty and defying United Nations
Next: Sikh jatha to visit Pak under shadow of Taliban threat