The Nishan Sahib at Saravan Bodla village in the Lambi assembly constituency was on a land on lease with Vedanti. The former jathedar axed Nishan Sahib to clear the 22 acres for commercial purpose, some families who live in a cluster of houses nearby have alleged. 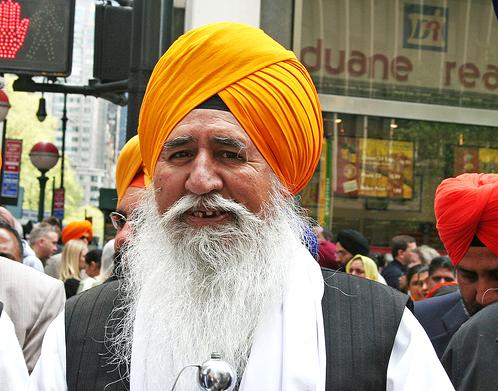 “Vedanti had the Wkaf board land on lease for the past few years ,” said a villager (name withheld on request). “He was desperate to use it for commercial purpose but unable to because of the Nishan Sahib that stood in a corner of the plot.”

Seven men had come to the village on Sunday afternoon to remove the Nishan Sahib, said villagars. They had sliced the flag mast with the help of a gas cutter and were almost ready to leave with the pieces of the insignia when the families in the cluster became aware of it.

The families called the villagers of Saravan Bodla to the spot and together they laid a cordon around the intruders. Vedanti also reached the spot, and the police was called to register a case against his men.

The villagers, later, protested against Vedanti and forced him to “step back from his action”. “Both parties have agreed to give a piece of the land for building a gurdwara,” a police officer confirmed. “There was also a agreement to reinstall the Nishan Sahib.”