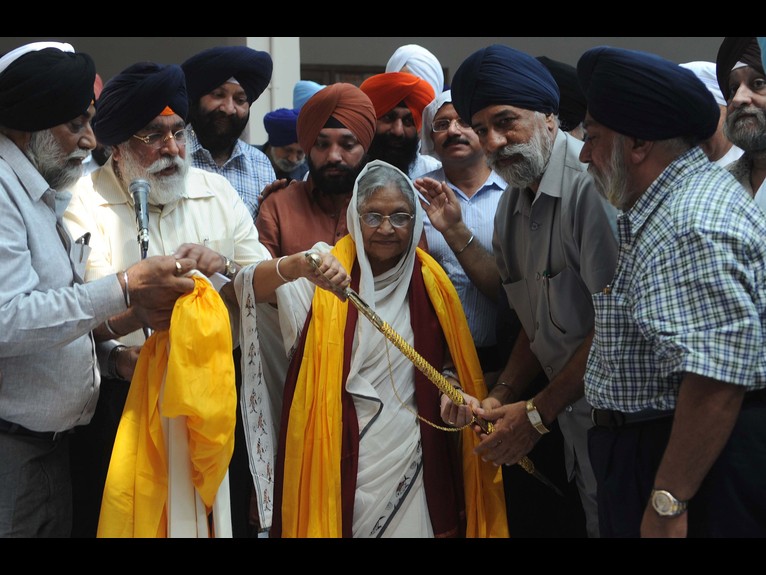 Delhi,India: With the Delhi Assembly polls slated for next year, politics to gain control of the Delhi Sikh Gurdwara Management Committee (DSGMC) for electoral gains has begun intensifying in the Capital. Of the Delhi’s 70 assembly segments, 10 have a substantial Sikh population.  TheBJP, an ally of the Shiromani Akali Dal (Badal), wants immediate DSGMC elections so that it can mobilise its vote bank and have a head start over other parties.

It has accused the Congress, which backs the Shiromani Akali Dal (Delhi), the faction in majority at DSGMC, of delaying elections for political gains.

The Congress wants the DSGMC president to be elected by voters and not by elected members. But the BJP has opposed the move as the amendment may suit the chances of the incumbent president, who has little competition in Gurdwara politics.

Delhi BJP chief Vijendra Gupta said, “SAD (Badal) won the Gurdwara elections in Punjab. This reflected in the assembly elections when the SAD (Badal)-BJP defeated the Congress there. The Delhi government knows the Congress-backed SAD (Delhi) would lose the DSGMC elections. And this will reflect in the state polls. Hence the delay.”

SAD (Badal) president (Delhi) Manjit Singh GK said, “The Supreme Court has ordered the DSGMC elections – delayed by two years – to be held by December 31. But the government approved amendments in the DSGMC, whose passage will take about a year. The Congress wants the current DSGMC president to continue in office when Delhi assembly elections are held.”

Two factions — SAD (Badal) led by Manjit Singh GK and supported by the BJP SAD (Delhi) led by Paramjit Singh Sarna and backed by the Congress — clashed at the DSGMC headquarters in Rakabganj on Thursday over the proposed amendments.  Sarna said, “The BJP-SAD (Badal) alliance doesn’t have a strong mass leader. That’s why they’re protesting direct elections.”

A Congress minister in Delhi said: “We have proposed the amendments to ensure transparency and check horse-trading. If the court asks us to hold the elections without the amendments, we will do so.”