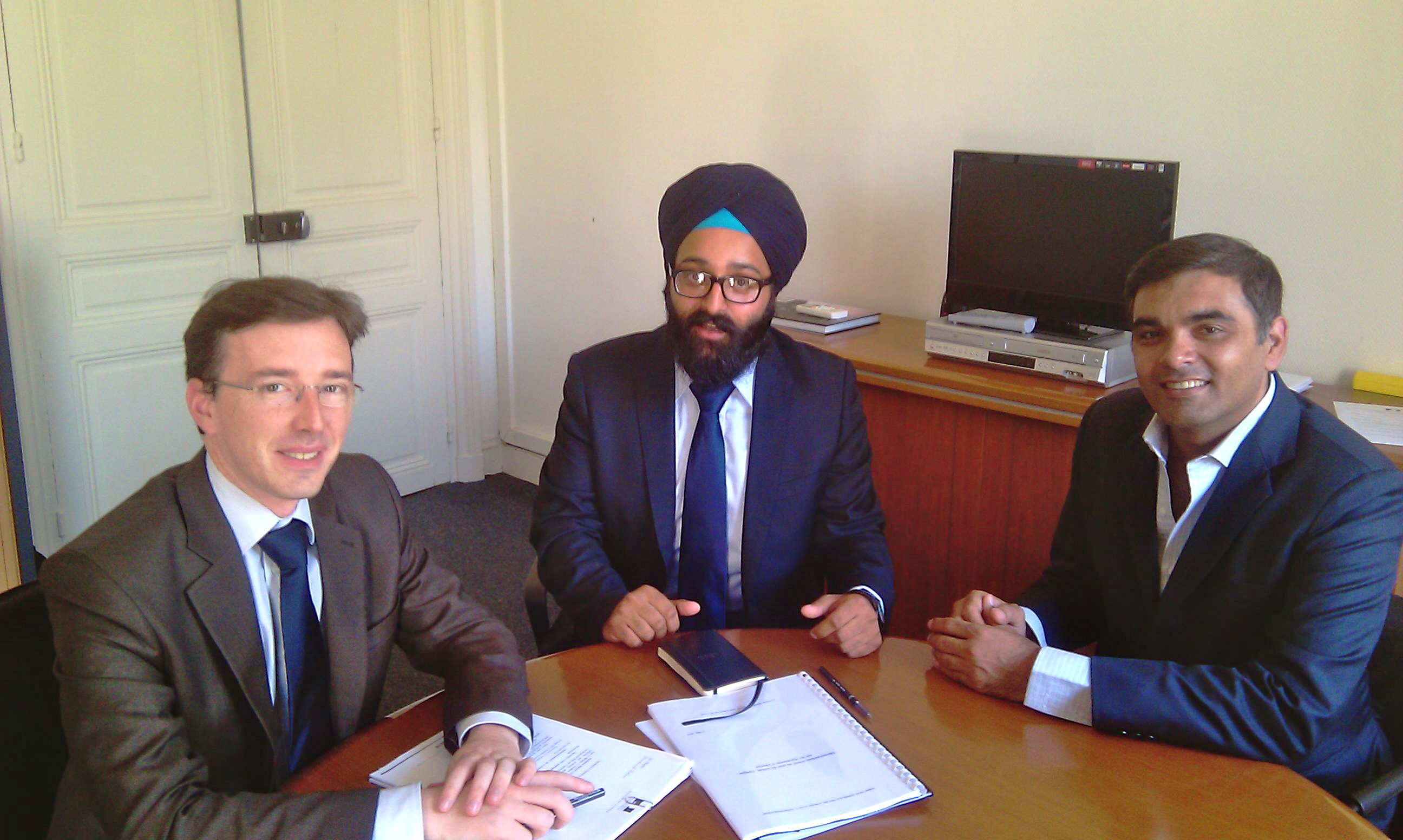 The situation on the prohibition of Dastaar on Identity documents, the administrative Status of Granthi, the Sikh Chaplaincy in Hospital, the agreement schedule of documentaries on Sikhism on the French Public Channels (hoping for the screening of a documentary on Guru Nanak Dev Ji in November 2012),  the common history of France & Sikhs, the need for more visibility of minorities, and discrimination suffered by French Sikhs were part of the discussion with the Advisor of the Minister of Interior Ministry.

This is the first meeting with the new French Socialist Government about the issue of Dastaar on ID Card. We will continue our efforts to find a solution to the right to wear the Dastaar on Identity documents.

2012-07-25
SSNews
Previous: Punjab government rejects Thapar bid again to quash quota
Next: She fought all her life for freedom, women and the deprived