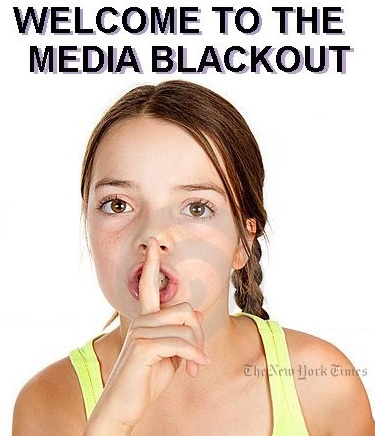 Media under the influence of lobbyists, money and power

1) Red FM refused to do advertisement for “Solidarity Rally” Bhai Balwant Singh Rajowana.
2) Radio India Host Gurpreet said,” There was a pardon resolution passed for Sardar Balwant Singh Rajowana .”
3) Omni News also reported pardon resolution; it did not show slogans for Khalstan. Omni news also avoided to show Khalstan Flags in the news footage.
4) Ajit News paper did the similar; it did not show the Khalsatn flags and did not write about Khalstan slogans.

Bhai Balwant Singh himself does not want pardon; he agrees he was involved in the conspiracy. He says why he did this; because Beant Singh ordered and allowed fake encounters of thousands of Sikhs. If he was not killed; he would have killed thousands more. There is no justice for Sikhs living in India.

Basically it started in 1947. Hindus got Hindustan, Muslims got Pakistan but Sikhs never got their freedom. Even though; Sikh had there own Kingdoms (Punjab and other small Sikh states) before going under British rule. Ethically, if some thing was taken away from someone it should be returned to same person or parties. It did not happen in this case.

According to reports, approximately one million people died during 1947 partition. Nehru and other Hindu leaders were celebrating India’s freedom at same time. They did not try to prevent the riots. The Sikh Homeland was divided into East and West Punjab against the wishes of the Sikh Nation. Second gift Sikhs received from India (Nehru, Patel of India), after partition, was the memo of Indian state to its officials stating that the Sikhs are criminal type of people. Be careful about them. When one Deputy Commissioner S Kapoor Singh stood against that memo, he was punished and later suspended by the government (Gopi Chand Bhargav).

In 1950 Indian constitution was written and Sikhs were considered part of Hinduism. Natural resources of Punjab; water, hydro power etc was taken away from Punjab. Many Sikhs were killed between 1978 and 1984. Thousands of Sikhs were killed across India in 1984. Indian State did not try to stop it, but it helped killers by providing weapons and Sikh identifications. Genocide of Sikhs in India was celebrated by killer Hindu Mobs. Even after long time nothing was done by Indian state, only few butchers were sent to prisons. Only One man (butcher) Kishori Lal was convicted in first degree murders; he received death penalty. Recently he was released too, because he was Hindu.

After 1984 thousands of Sikhs were killed in fake encounter, even human rights layers (Jaswant Singh Khalra) was killed by butcher police. Mr Khalra brought up the issue of cremations of 25000 unidentified bodies who were killed in fake encounters. One lawyer Kulwant Singh , his wife ,and small kid were also killed by police. Many Sikhs are still in jails even though there is no case against them. Lots of Muslims were killed in Gujarat (India), many Christians were killed, burnt alive, and Christian Nuns were raped. But no capital punishment was served. This is not complete story. India has two tier justice system, one for minorities and one for ruling majorities. It is not a democracy, it is demon-cracy.

If media works under someone’s influence, it is very dangerous for the society they are living in. These kinds of people (reporters) are dangerous for the democratic system of any country, because politicians, bureaucrats and intelligence agencies do no get the views of public. On the other hand Public (Citizens of any country) would thinks that politician (Policy Makers) are not listening to the public. Policy makers would think that what they are doing is according to public.
Who cause this mess????? Answer is: Media under the influence of lobbyists, money and power.

2012-04-07
SSNews
Previous: Bhagat Puran Singh’s letter to the Indian Govt Renouncing the Honour of Padam Shree
Next: Case closed, but not wounds of Sikh community