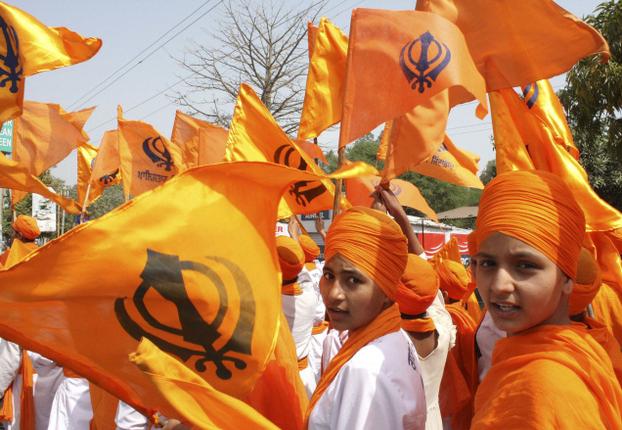 Looking back in anger: Seeking justice for decades

Comments Off on Looking back in anger: Seeking justice for decades 214 Views

Mohali,Punjab: Harwinder Singh Mander is a bright eyed youth in his twenties, born and raised in England to Sikh parents. He studied law and runs Naujawani.com, a popular internet radio station and internet TV that broadcasts content for a global Sikh audience. He is a blogger too — on the topic of what he calls injustices against the Sikh community in India. His latest post asks Sikhs to sign an online petition to free Kulbir Singh Barapind and Daljit Singh Bittu, arrested by the Punjab police in September for allegedly reviving the outlawed Khalistan Zindabad Force.

He and his friends also support “IPledgeOrange” or “Kesri Lehar” (Orange, the colour of sacrifice, is also that of Sikhism’s pennant), another online campaign launched by the United States-based Sikhs for Justice that petitioned the British Parliament on Monday for a debate on the “atrocities on minorities in India.” The campaign seeks to free Balwant Singh Rajoana, on death row for engineering the bomb blast that killed the Punjab Chief Minister, Beant Singh, and 17 others in 1995.

“IPledgeOrange” also runs Rajoana TV, which features half-hour episodes in English focusing on events connected with the March turmoil in Punjab, when Rajoana’s scheduled execution was stalled following a Statewide protest. A young shorn Sikh boy with a British accent eulogises Rajoana and Jagtar Singh Hawara (also convicted for the same offence) and plays on notions of injustice, and denial of equality and freedom to the Sikhs.

Forget the images of saffron robed jathedars wearing long beards and kirpans uttering full throated cries of “Jo Bole So Nihal” that characterised the Khalistan campaign of the 1980s. These are educated, suave youngsters, most likely to be born and raised in the West. They talk of love, peace and humanity in the same breath that they talk of atrocities against Sikhs. Their heros are icons of the Khalistan movement such as Jarnail Singh Bhindranwale, Rajoana or Hawara.

Since February this year, when Sikhs across the world rose against the impending hanging of Rajoana, young Sikhs in the diaspora in particular have started what the police call a cyber war for Khalistan. The propaganda overdrive, through scores of web sites and social media platforms, is aimed at the young and impressionable, feeding them a diet of one-sided stories on the theme of injustice and the government’s failure to protect Sikh rights and interests.

The appointment of Sumedh Singh Saini, a much feared police officer for his role in eliminating terrorism in Punjab, as the State director general of police in February coincided with the February stir against Rajoana, and provided much grist to the mill.

Sample this excerpt from a video devoted exclusively to Saini, on Rajoana TV. “Mr. Saini was drafted at that time for a reason; because he is a trained killer, with the blood of thousands of Sikhs on his hands.” Graphic pictures of a Sikh family allegedly slaughtered by Saini, appear in the video. The soft voice on the audio, intones: “This man is in charge of policing my State and my people. Can we expect any justice?”

Police officers admit that law enforcing agencies have so far been unequal in this unfolding arena. “It is vigorous and potent,” says a police officer.

But those behind the cyber propaganda are at pains to stress they are not extremists. “We do not want fighting or bloodshed. Khalistan means different things to different people,” Mr. Mandher told The Hindu in an emailed response, “whether they are in the West or in Punjab.”

The Sikh diaspora’s efforts to fuel revival of interest in Sikh issues abroad paid off when Canadian Prime Minister Stephen Harper said during a visit to India last month that advocating for Khalistan by the Sikh community is not a crime. Harper’s statement is plastered on most websites devoted to Sikh issues.

In March, when Punjab Chief Minister Parkash Singh Badal visited the U.S. to attend a wedding, Sikhs For Justice (SFJ) ambushed him with a federal civil lawsuit alleging that he oversaw the torture of Sikhs in India. A court in Wisconsin issued summons against Badal on the SFJ’s complaint.

Gurpatwant Singh Pannun, who heads SFJ, is seeking to internationalise India’s failure to punish the perpetrators of the 1984 anti-Sikh riots, while handing out death sentences to the Sikhs who reacted in anger at those incidents.

Said Pannun, “This suit will send a strong message to political leaders that they are answerable to the international laws and the courts for their role in gross human rights violations.”

The Punjab government dismissed the radical’s move as a “cheap and desperate publicity stunt” by “marginalised elements” who had a violent communal agenda.

But voices within the Sikh community warn against dismissing the welling anger as the fulminations of a fringe group. “This unsettled resentment [over the 1984 riots] is manifesting itself in demands like opposition to the hanging of former terrorists or to have a memorial for Operation Bluestar.

It reinforces the sentiment that laws are only meant to be used against the Sikhs and not for their benefit,” said H.S. Phoolka, a Supreme Court advocate who has been fighting for justice to the 1984 victims.

Young Sikhs are increasingly drawing comparisons between the treatment meted out to them and the Shiv Sena.

“There have been at least three recorded shootings by the police of unarmed Sikh teenagers who have been peacefully protesting against the government. While in contrast, the “Shiv Sena Group,” which is an anti-minority, fascist, pro Hindu group, has been allowed, and in many situations, provided security protection by the paramilitary and police forces, while making anti-minority speeches and threats against the minority community,” says the Kesri Lehar petition.