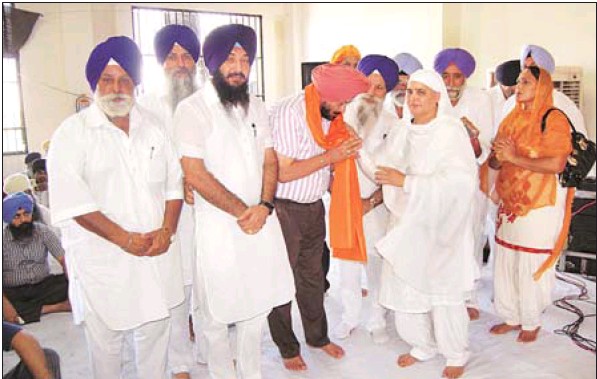 Comments Off on Jagir Kaur honours IG in jail 484 Views

Incidentally, the same IG had given a clean chit to the jail authorities after conducting an inquiry into charges that they had given “VIP treatment” to Bibi Jagir Kaur after she was brought to Kapurthala prison.

Jagjit, however, claimed that the function was organised by a committee of prisoners. “She felicitated the jail officers on prisoners’ behalf. We are treating her just like we treat other prisoners,” he said.