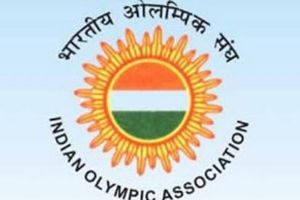 Chandigarh, Punjab: India has been suspended by the International Olympic Committee ahead of elections in which officials accused of corruption were set to be appointed.

The IOC has declared void the Indian Olympic Association election, which was set to take place on Wednesday.

“The election process has been tarnished since the start,” said IOC official Pere Miro.

The ban prevents athletes competing for India, which won six medals at London 2012, at future Olympics.

Two officials expected to be elected to senior IOA positions are closely linked to corruption allegations relating to Delhi’s hosting of the 2010 Commonwealth Games.

Lalit Bhanot, who spent 11 months in custody last year on corruption charges linked to the event, was set to be elected unopposed to the post of secretary general.

Abhay Singh Chautala was expected to be the IOA’s new president and he has close links to former incumbent Suresh Kalmadi, who is on bail over similar charges.

The IOA’s ban also means its funding from the IOC will be effectively ended, while no Indian officials can attend Olympic meetings.

“They are not entitled to have elections and, if for some reason they go ahead, this will not be recognised,” added Miro, who is in charge of IOC relations with national Olympic committees.

“This is because this is part of a full problem: many different interferences, many governmental rules and their own bad interpretation of IOA statutes.”

The IOA has been directed by a Delhi court to hold the elections adhering to the Indian government’s sports code, while the IOC wants the governing body to abide by the Olympic charter.

But Chautala insists the ban is “wrong and completely unilateral”.

“We’d go to the IOC again and explain to them the actual situation and the details of the election. This ban was completely thrust on us.” he said.