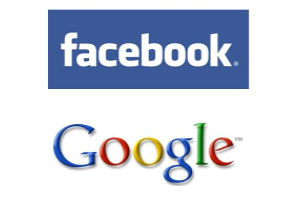 India want to shut down Google and Facebook in India

New Delhi, India: World’s Biggest decomratic country does not like “Freedom of Speech & Expression?”. The Delhi High Court on Thursday warned social networking site Facebook India and search engine Google India that websites can be “blocked” like in China if they fail to devise a mechanism to check and remove objectionable material from their web pages.

“Like China, we will block all such websites,“ Justice Suresh Kait told the counsel for Facebook and Google India. The court asked them to devise a mechanism to keep a check on “offensive and objectionable“ material and remove such content from their web pages.

Despite the HC’s refusal to stay the proceedings before the trial court, the magistrate may not take up the matter on Friday, as the lawyers told Justice Kait that they would not press for an effective hearing. The high court would further hear the case on Monday.

Acting on a complaint by Vinay Rai, the trial court had earlier summoned the representatives of 21 social networking sites, including those of Facebook, Microsoft, Google, Yahoo and Youtube. It had directed the centre to take “immediate appropriate steps“ and file a report on January 13.

The court fixed the case for hearing on January 16.

A Google spokesperson said, “We did file a petition before the Delhi High Court. The Court has now issued a notice to the petitioner. We can’t comment further at this stage.”

Earlier, the trial court had summoned the representatives of 21 social networking sites, including those of Facebook, Microsoft, Google, Yahoo and Youtube after taking cognizance of a private criminal complaint against the websites. It had also directed the Centre to take “immediate appropriate steps” and also file a report on January 13.

A civil judge had last month ordered the social networking sites to remove all “anti-religious“ or “anti-social“ contents by February 6, 2012.

On behalf of Google India, senior counsel Mukul Rohatgi said it was humanly not possible to filter or monitor the postings of obscene, objectionable and defamatory material.

“Billions of people across the globe, post their articles on the website. Yes, they may be defamatory, obscene but cannot be checked,“ he said.

“Moreover, it is criminal case where a vicarious liability cannot be fastened on a company which has no role, whatsoever, in the alleged offence,“ Rohtagi added.

Another senior advocate NK Kaul assured the court that if the complainant provided defamatory articles to Google India, then it could use “its good office“ in getting them removed by its holding USbased firm.