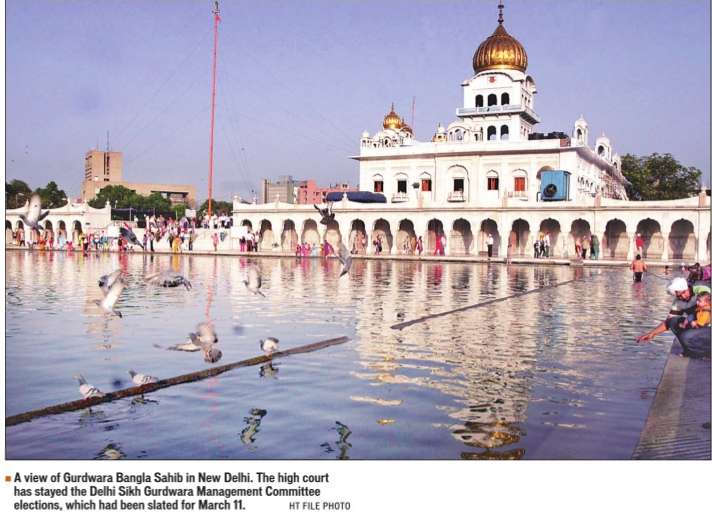 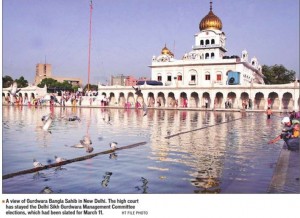 Chandigarh, Punjab: Parties were gearing up for the Delhi Sikh Gurdwara Management Committee (DSGMC) elections on March 11, but a stay order by the Delhi high court on Tuesday has delayed the polls and upset calculations.

The stay order came when the directorate of gurdwara elections in Delhi was about to start the election process on Wednesday by inviting nominations from the candidates. The two main parties, SAD (Delhi) and SAD (Badal), were also fine-tuning their strategies in the run-up to the polls.

A meeting scheduled on Thursday by SAD (Badal) to discuss the campaign was cancelled after the HC’s stay orders were announced.

The high court issued orders to the Delhi government for completing the exercise of making electoral rolls with photographs of the voters and report back in a month’s time. The directions by justice Vipen Sanghi came on a petition filed by one Harmohan Singh on January 16.

The next date of hearing is fixed for March 22.  “Our petition demanded electoral rolls with photo I-cards and delimitation of 46 constituencies to give a level-playing field to all candidates, as there was huge variation in the number of voters in the constituencies,” said advocate Gurbax Singh representing Harmohan. The petition cited examples of Sahibpura constituency, which has about 30,000 voters, and Chandni Chowk that has only 1,500.

There is a big question mark on whether it would be possible to hold the polls immediately after March 22 as the Municipal Corporation of Delhi elections are scheduled in April. “The court can also ask the government for delimitation of constituencies, which would further delay the gurdwara elections,” said Gurbax.