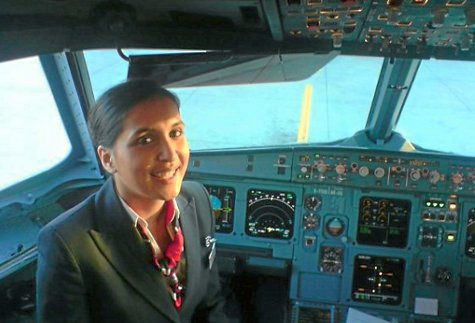 Fuel error may have led to Wednesfield pilot’s plane tragedy

A plane crash which killed a 21-year-old trainee pilot from the Black Country probably happened because the aircraft was not carrying the right amount of fuel, a coroner has said.

Jaskinder Kaur Samra, of Cannock Road, Wednesfield, was the front passenger in the plane when it crashed in the US on its way from Florida, to Chattanooga, Tennessee, in September, 2010.

The plane was making a last gasp attempt to reach another air strip but fell three-and-half miles short.

American pilot Abraham George, aged 24, was also killed in the crash but British trainee pilot, Shaun Thacker, aged 21 at the time, survived and told yesterday’s inquest what had happened.

Mr Thacker, who had been at flight school with Miss Samra for the previous eight months, told the hearing in Smethwick he saw that the Cessna 172K light aircraft’s fuel gauges were low.

He said: “I told Abraham and he said he had done the maths calculation for the distance and that he trusted his maths better than a fuel gauge on a 1969 plane.”

Mr Thacker, of Caldicot, Monmouthshire, said that later the engine was struggling and the pilot made a mayday call.

He was told to attempt an emergency landing at a nearby airport – but it was too late. Black Country coroner Robin Balmain said a report from US investigators found that the pilot’s flight plan allowed for the plane to burn 33.5 gallons at a rate of nine gallons per hour.

But the engine had been modified in 2002 so that fuel would burn off at 11 gallons.

In recording a verdict of accidental death, he said: “There’s evidence there was a miscalculation as to the amount of fuel that was going to be used. It may be that the pilot didn’t take sufficient account of the modification to the engine. It’s not clear that he even knew about the modification.”

Miss Samra’s family said a solicitor was looking into whether they had a case against the firm which the plane was registered to, Flight Training Express.