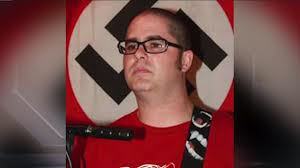 Ork Creek,USA:he FBI is expected to release new details today on the August 5 shooting massacre at the Sikh Temple in Oak Creek.

Investigators say the gunman, a white supremacist named Wade Michael Page, used a 9mm handgun as he attacked the temple during Sunday services.

He then went outside the temple and shot Lt. Murphy several times before another officer arrived at the scene and opened fire at Page. Page then fatally shot himself in the head.

Murphy recently spoke about the events of that day.

“He (Page) had them trapped. Now he was shooting fish in a barrel,” said Lt. Murphy. “He had all those people, those women and children, in the pantry. Some of the worshippers said once he saw you, he stopped and then left and came out to you.”

“I was protecting who wanted to worship God. Maybe that assisted in whomever’s intervention to say, ‘no you helped, and we’ll help you.'”

Action 2 News will have the latest details as they become available and complete coverage tonight.