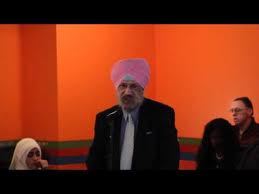 Comments Off on Facelift for oldest Sikh crematorium 567 Views

Kuala Lumpur,Malaysia: The oldest Sikh and Punjabi Hindu crematorium in Jalan Loke Yew, here, will be undergoing an upgrade. The development is made possible with funds from the Federal Government, the Federal Territories and Urban Wellbeing Ministry and City Hall.

Deputy Federal Territories and Urban Wellbeing Minister, Datuk M. Saravanan, said the contributions from all parties will go towards upgrading the crematorium, which was built in 1911.

“Prime Minister Datuk Seri Najib Razak had initially given RM200,000 for upgrading of the crematorium. However, the Sikh and Punjabi Hindu Seemsan Boomi association needed more funds for the project.

“The Federal Territories and Urban Wellbeing Ministry then added RM300,000 towards the fund. This is the government’s contribution towards the Sikh community,” he said after the ground-breaking ceremony.

Saravanan said the upgrading works would involve resurfacing the roads, landscaping, building a waiting area and a prayer hall.
“The contractors have already started work and we expect the crematorium upgrading to be completed in four months,” he said.
Saravanan also said that funding for the Indian community shouldn’t be seasonal, but rather, long-term.

“City Hall has allocated RM1million for the upgrade, but that is not enough. Taking into account the safety aspect, we have increased the funding to RM4 million. We are planning to open the tender for the project soon,” he said.

Kuala Lumpur deputy police chief, Datuk Amar Singh Ishar Singh, praised all parties for contributing funds for the upgrading works.
“We have to thank all those involved for helping us get the funds. A lot of people will benefit once the crematorium is upgraded,” he said.

“Some of the people in high-rise dwellings find it difficult to perform the last rites for their loved ones. Soon, the people will be able to use the waiting area and prayer hall once it’s completed.”

Amar also said that the crematorium was running on four traditional incinerators. In due time, these would be upgraded as well.