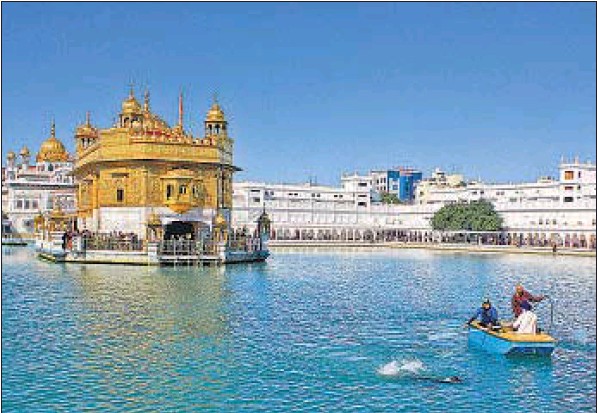 Amritsar, Punjab: After three days, the body of an unidentified non-punjabi devotee was finally taken out of the sarovar of the Golden Temple here on December 19.

The pilgrim allegedly committed suicide. After taking the customary dip, he chose to swim in the direction of the sanctum sanctorum even as other pilgrims standing on the edge of the sarovar on the Dukh Bhanjani Beri side asked him to return. The deceased was yet to be identified.

When the body of the pilgrim could not be located on Sunday despite the efforts of the Shiromani Gurdwara Parbandhak Committee ( SGPC), the SGPC sought the help of the Bhakra Beas Management Board ( BBMB) authorities at Nangal.

BBMB divers searched every inch of the sarovar for two days and finally located the body, which was stuck under a filter pipe at the bottom of the sarovar, and pulled it out.

Harbans Singh Malhi, manager, Sri Darbar Sahib, said from his clothes, it appeared that the victim was a non-Punjabi and might have taken the extreme step under depression. The divers have also found some paddy grains from his pocket which indicated that he used to work in fields.