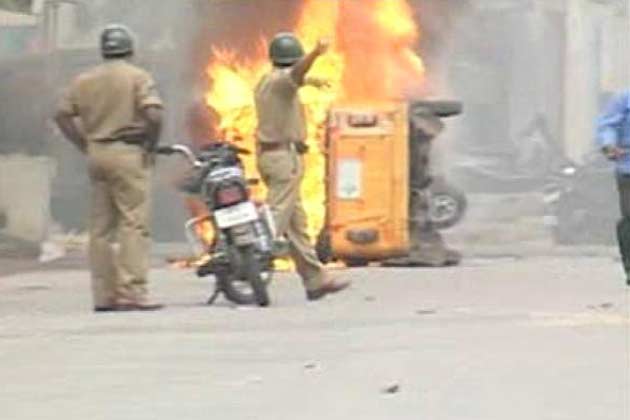 Delhi, India: In 2010, a woman, who lost five of her family members in 1984 Sikh Genocide, claimed before a Delhi court trying Congress leader Sajjan Kumar and others that she did not go to the police station after the incident as policemen were among the rioters.

“I did not want to go the police station because the police officials were among the rioters,” Jagdish Kaur told Additional Sessions Judge Sunita Gupta.

Recording her statement before the court, she said, “I had lost faith in everybody and therefore I did not approach the Chief Minister, Home Minister or any other Minister in Punjab or any other authority.”

The Central Bureau of Investigation (CBI) told a court that the Delhi police, acting in a pre-planned manner during the 1984 Sikh Genocide, kept its “eyes closed” to the violence.

Advancing final arguments in a 1984 Sikh Genocide case, in which veteran Congress leader Sajjan Kumar has been accused of instigating a mob in Delhi Cantonment area, CBI counsel RS Cheema said the city police “deliberately” did not act the way it was supposed to. “This was a case where the police acted in a pre-planned manner and every policemen was keeping his eyes closed,” Cheema said.

He said about 150 complaints were made regarding the genocide incidents but only five first information reports were registered by the police.

“Whatever action was taken by the police was taken against the people who helped the Sikhs. Police did not take action against the main culprits. No policeman was recording complaint during the riots. They were not interfering to help the victims,” he said.

Cheema said even the police officials, who were defence witnesses, had said that they had not seen anything during the riots.

The court asked the prosecutor if the CBI has any “direct evidence” against Sajjan Kumar and other five accused Kishan Khokkar, Girdhari Lal, Mahender Yadav, Balwan Khokkar and Captain Bhagmal to show they were instigating the mob to kill the Sikhs.

The CBI prosecutor told the court that they do not have the media reports but they have other direct evidences against accused.

The CBI prosecutor told the court about the nature of the case and said this was not a case of personal enmity.

“This was not a case of personal enmity. This was a pogrom. It was a case of massacre,” Cheema said.