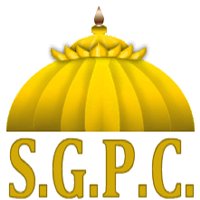 Comments Off on Delay in SGPC chief’s election: Akali MPs to call on PM 389 Views

Chandigarh, Punjab: A delegation of Akali MPs will meet Prime Minister Dr Manmohan Singh on the issue of election of the Shiromani Gurdwara Parbandhak Committee president. The SAD core committee, that met here today, expressed concern at the delay in the matter and termed it as a “deliberate and unwanted interference” by the Centre in Sikh affairs.

The SGPC House was constituted on December 5, but a notification calling the House to elect the SGPC president is yet to be issued.

In the meantime, the Punjab and Haryana High Court has decided a petition in favour of Sehajdhari Sikhs who were denied the right to vote in the September 18 elections.

The federation is demanding that the SGPC House be nullified and fresh elections be held before the SGPC president is appointed. It is also demanding that an administrator be appointed to run the SGPC affairs till the elections are held again.

After core committee members expressed displeasure at the delay in completing the SGPC election process, it was decided that a resolution be passed expressing the party sentiments on the issue and to convey the same to the PM.

Further, the committee discussed the Delhi Gurdwara Management Committee (DGMC) elections, which are to be held on March 11. The SAD has empowered SAD president Sukhbir Singh Badal and Parkash Singh Badal to form various committees to chalk out the party’s campaign strategy.

A meeting will be held in Delhi on February 9 to discuss the issue of ticket distribution for the DSGMC elections. Senior SAD leaders from Delhi were present at today’s meeting. The DGMC has 55 members, nine of them nominated. In the last elections, the SAD had won 18 seats but with eight members defecting to the Congress-backed Sarna group, the party was left with 10 sitting members.