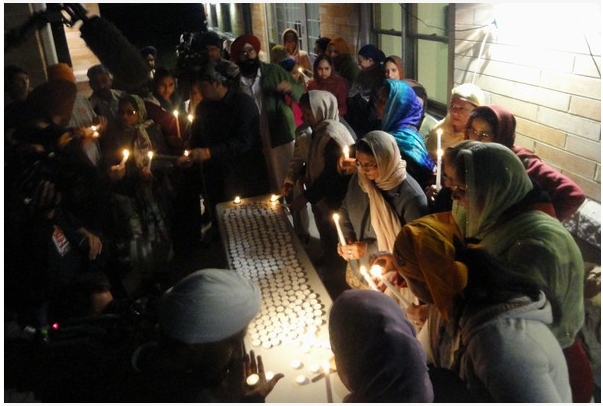 Seventy-seven days after the attack at the Oak Creek Sikh temple, some temple members traveled to Brookfield Sunday to help console victims of the shooting at the Azana spa.

Oak Creek,USA: Sikh temple members, the events Sunday at Azana Spa in Brookfield were too reminiscent of Aug. 5.

A beautiful, sunny Sunday morning. A lone gunman full of rage killing innocent people before taking his own life.

A community overwhelmed by shock and fear.

“It was a sickening feeling that something like that was happening,” temple member Gurmukh Singh said.

Singh and Pardeep Kaleka, who lost his father in the Aug. 5 attack at the Sikh Temple of Wisconsin, traveled to Brookfield Sunday afternoon to counsel victims’ family members as part of their work with the Salvation Army.

They were also among about 50 members who attended a vigil Sunday evening at the Oak Creek temple, where six were killed and four wounded in a mass shooting just 11 weeks earlier.

Singh said he was getting ready to work in the temple kitchen when he got a call from the Salvation Army asking if he could help in Brookfield.

“It was really surreal just because of how similar in atmosphere it was — a lot of confusion,” Singh said of the scene in Brookfield.

Arriving at the staging area, near Brookfield Square Mall, involved “a lot of dejavu,” Kaleka said.

Looking back at his own experience, Kaleka said things will get better for family members of victims, however long that might take.

“Tonight will be a tough night for them to go to sleep,” he said. “A couple nights later it will probably be a little bit better … once they have to revisit the site, especially the people that work there, I’m sure that wherever they were inside when that happened to them, the memories will keep triggering back.

“It will get better, but it will be bad for awhile.”

In the meantime, shootings continue to bring memories of Aug. 5 back.

“At some point we have to think about why it’s happening,” he said, “and change people’s minds so they don’t think that shooting a gun at someone else is the answer to their problems.”

Previous: New York film festival to showcase Sikh culture
Next: Kartarpur Sahib in Pakistan is like Medina for Sikhs 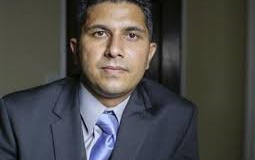 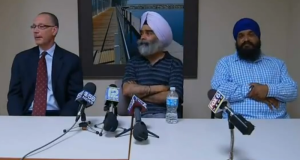