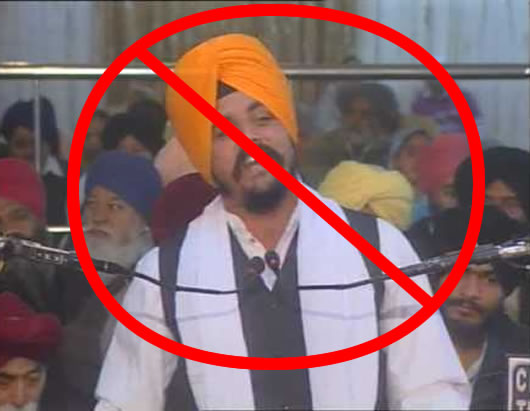 It was inevitable, even though his biggest sin was criticism of Jaap Sahib. His missionary friends defended that by saying that the CD was doctored (looks like thats the only excuse these missionaries come up with on every occasion).

There are other parts of that video where Dhunda is criticising every bani of Guru Gobind Singh Sahib. And interestingly those series of videos were produced and sponsored by none other than Singh Sabha Canada. And the same fuzzy organisation has been providing monetary help to Dhunda’s Missionary College in Ludhiana.

The dots get connected so well. And now all the missionaries will be up in arms, crying foul play, even when the evidence against these anti-Sikh preachers and organizations is overwhelming.

Great news! Hopefully someone brings Dhunda’s views on Jap Sahib to the Akal Thakt’s attention so that he is forced to pay for all his misdeeds. He should not be allowed to do parchar in any Gurdwara and hopefully sangat in B.C don’t allow him to continue his Katha over at Dashmesh Darbar in Surrey. – Singh

This Adesh should be disseminated among the Sangat….especially in the B.C. area. Recently Jeonwala (who himself uttered blasphemous remarks against Jaap Sahib) wrote an article in favor of Dhunda with the title ‘dhunda dhunda sundi ni main aap dhunda hoyee’ (listening to dhunda i myself have become a dhunda). Just imagine the height of their nonsense and the level of their intellect! – Khalsa

I can confirm he did katha this afternoon at Dasmesh Darbar, after the sandesh from akaal takhat. He is scheduled to do it tonight as well. We’ll see what happens. – G.Singh 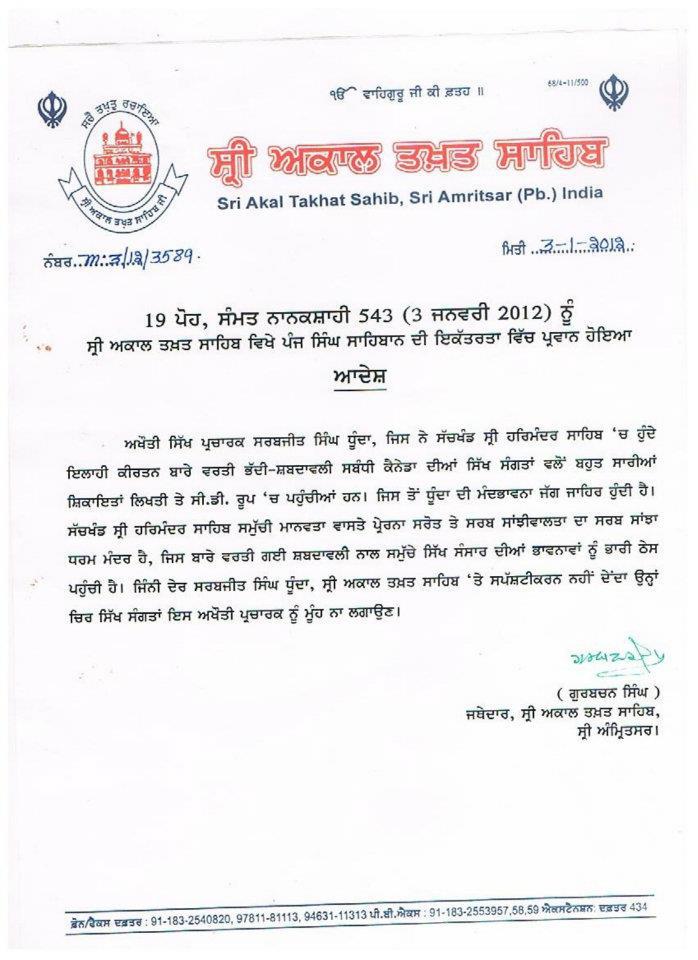