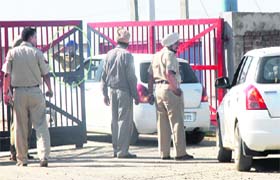 Kapurthala, Punjab: Strict steps adopted by the officials of Modern Jail here after media expose regarding preferential treatment to VIP inmate Bibi Jagir Kaur is perhaps taking a toll only on the ordinary visitors.

The common visitors had to wait till the meeting time started. They were made to stand in queues, undergo frisking, get food packets opened and checked. But the jail authorities did not stop the SGPC members and Akali bigwigs from taking their vehicles inside.

Home-cooked chapatis and vegetables that the common visitors had brought were seen with suspicion. They were snubbed by jail personnel even on petty issues. But the VIP visitors were allowed to take whatever they brought straightaway to Bibi at her separate visitors’ room without undergoing any mandatory checks.

SGPC member from Phillaur Kulbir Singh Barapind came and parked his white car (PB-08-BN-0172) right at the doorstep of the visitors’ room. As other Akali supporters waited for a brief meeting with Bibi, he took out a brown handbag and a polythene bag full of fruit from his car. He was escorted inside by the jail staff.

Another Akali leader was seen taking in two huge fruit baskets. His was let in unchecked. Education Minister Sikander Singh Maluka spent a good time inside the jail.

Mediapersons were not allowed to go inside the Bibi’s visitors’ room. Nearly 200 Akali supporters, keen on meeting Bibi Jagir Kaur, were made to deposit their mobile phones and wait for an hour or so.

IG (Jails) Surjit Singh, who was expected to pay a visit in connection with the probe ordered on VIP treatment to Bibi, did not turn up.

Superintendent (Jail) SP Khanna denied charges of special treatment to VIP visitors. He said, “No VIP treatment was given to the former Akali minister. There are nearly 120 woman convicts and undertrials lodged in the 12 cells. Five are in the same cell as that of Jagir Kaur”, he stated.

Previous: Jail lifts curbs on Balwant Singh Rajoana, no solitary confinement
Next: Why don’t they get it?? 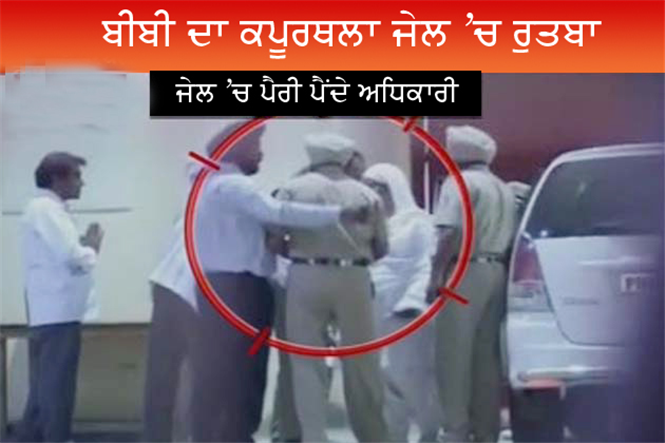