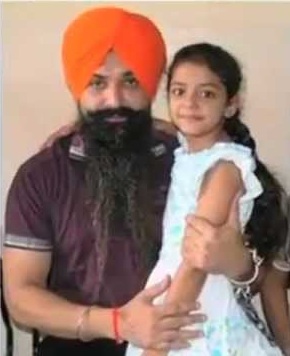 Patiala, Punjab: Balwant Singh Rajoana today accepted the title of “Zinda Shaheed” (The Living Martyr) bestowed on him by the Akal Takht. He had earlier refused to accept the title claiming that such titles would only serve the purpose of some vested interests and that anyone who was alive could not be a martyr.

In a letter handed over to his sister Kamaldeep Kaur, Rajoana said he had never turned down the title but had not accepted it citing Sikh tenets. “The five high priests of the Akal Takht have refused to withdraw the title and therefore, I humbly accept it with folded hands,” reads the letter.

But, sources say Rajoana is still adamant against the clemency plea and he does not want anyone to pursue the matter with the President.

In his letter, Rajoana has said he accepted the title of “Zinda Shaheed” as it will make him more determined towards his goals and mission. The letter highlights the drugs menace in the state and has a message by Rajoana for the youth of Punjab. “We should follow our culture and religion and keep away from westernisation,” reads the letter. 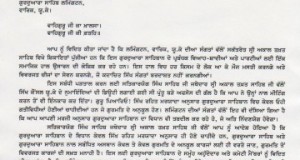