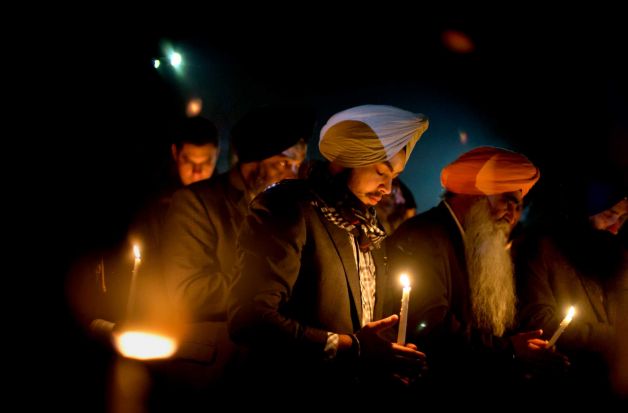 Comments Off on AP PHOTOS: Scenes from the Connecticut shooting 353 Views

California, US: Varinder Singh, of the Queens borough of New York, joins a group of Sikhs from around the Northeastern U.S., in a moment of prayer as a memorial service is broadcast over a loudspeaker outside Newtown High School for the victims of the Sandy Hook Elementary School shooting, Sunday, Dec. 16, 2012, in Newtown, Conn. Photo: David Goldman

Most died at the very start of their young lives, tiny victims taken in a way not fit for anyone regardless of age. Others found their life’s work in sheltering little ones, teaching them, caring for them, treating them as their own. After the gunfire ended at Sandy Hook Elementary School, the trail of loss was more than many could bear: 20 students and six adults at the school, the gunman’s mother at home, and the gunman himself.