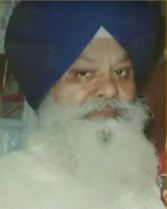 After gurdwara shooting, another Sikh shot dead in Oak Creek

Barely 12 days after the shooting at a Gurdwara that killed six worshippers, another Sikh has been murdered in Milwaukee, US. Police suspect it was an attempted robbery gone wrong.

But what’s worrying is that 56-year-old Dalbir Singh was also one of the members of the Wisconsin gurudwara committee. He was killed on Wednesday, when an unindentified gunman forced him to open his store.

Police officials say they are yet to connect the killing to the gurudwara attack earlier this month. A manhunt has been launched to nab the assailant, police said.

The death of another Sikh has sent shock waves among the Sikh community members here, even though the police have termed it as a robbery incident and ruled out any link to the August 5 shootout inside the Oak Creek Gurdwara that killed six Sikh worshippers.

The incident happened Wednesday night when some unidentified men entered the shop and put a gun to Jatinder Singh head.

Jatinder Singh said he and his uncle made it back into the store and pushed the side door shut, the Milwaukee Journal Sentinel reported.

But one of the men fired a shot through the door, killing Dalbir Singh, it said.

Dalbir Singh was a regular visitor to the Gurdwara in Oak Creek, but was not present when the tragic incident happened on August 5.

Jatinder Singh had gone to the Gurdwara, but had left its premises before the shootout began.