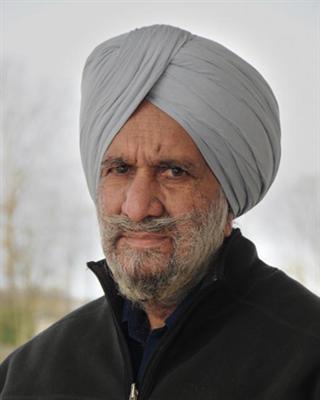 Abbotsford senior Amarjit Singh Sidhu who was struck by a van and killed while crossing Blueridge Drive on Tuesday morning is being warmly as a kind and devoted man who spent his days at Abbotsford's Gur Sikh temple.

Abbotsford senior killed in crash eulogized as a “good Sikh”

Abbotsford, BC: Abbotsford senior Amarjit Singh Sidhu is being warmly remembered by the city’s Indo-Canadian community as a kind and devoted man who spent his days overseeing the kitchen at Abbotsford’s Gur Sikh temple and helping out wherever he could.

“He was one of the most important people at the temple. He was there all the time, he always knew what was going on there. You could count on him anytime,” said Satwinder Bains, director of the Centre for Indo-Canadian Studies at University of the Fraser Valley.

The 74-year-old widower was tragically struck and killed by a van early Tuesday morning while out on his daily walk. He was walking on Blueridge Drive, just east of Townline Road in west Abbotsford, when he was hit by a GMC Safari van, police report. He died at the scene. The 63-year-old male driver of the van remained at the scene and was cooperative, said police, who continue to investigate the incident.

After his daily walk, Sidhu would arrive every day at the Gur Sikh Temple on South Fraser Way, across the from the heritage temple east of Gladwin Road, and busy himself with overseeing the langar, or meal hall, in the temple’s basement.

The kitchen is the heart of a Sikh gurdawara, traditionally open and welcoming to all who need sustenance. It’s the site of many community and family gatherings, and Sidhu diligently kept it stocked and organized for those who would use it.

“He oversaw the kitchen, he had access to storage, he took care of guests when they came in, he was an amazing man. He was very gentle in his approach. You could go back to him three times, and each time he would smile and say ‘what would you like,’ ” she recalled.

Sidhu was the living example of that sense of service to his community, said Bains.

“He was so dedicated to his volunteering. He was such humble man, and had that humility and sense of service, with no expectation of recognition for himself. The way he lived is a big lesson for everyone,” said Bains.

Although he lost his wife just three months ago, “he soldiered on,” said Bains, who last saw Sidhu at the temple on Sunday.

“He was a good Sikh. It’s such a loss for his family, and for his community,” she added.

Abbotsford Coun. Moe Gill said Sidhu was known as a “truly good and honest person,” whose loss will be keenly felt by the Gur Sikh Temple community.

“He was always there helping,” said Gill, whose wife Jagdish is one of those take part in events at the temple’s well-used community kitchen.

“He’d always know where everything was, he’d make the orders for the food and supplies. If you were running out, he’d know where things were kept,” said Gill. “My niece is having a function there this Saturday night, and she was shocked Amarjit wasn’t going to be there.”

Sidhu’s funeral will take place at the temple on Saturday morning, with prayers to resume in the afternoon.