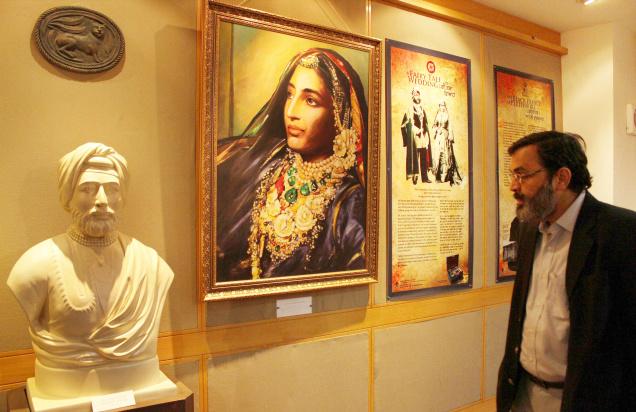 Comments Off on A date with the last Maharaja 659 Views

AN EXTRAORDINARY LIFE: The exhibition on Duleep Singh, the last Maharaja of Punjab, is on at 71 Lodhi Estate up to the 23rd of this month.

Delhi:-He was the last leader who could have changed the destiny of Punjab, yet his end came in a hotel room in Paris at the age of 55. He was known by various titles: the ‘First British Sikh’, the ‘Black Prince of Perthshire’ or the ‘Last Maharaja of the Sikh Empire’. While such was the reputation of Maharaja Duleep Singh (1838-1893), the youngest son of the legendary Maharaja Ranjit Singh and Maharani Jind Kaur, he never managed to return from his exile in England to reclaim his lost kingdom.

More than 100 years after his passing, Bassian Kothi which is about 50 km from Ludhiana has been restored as a memorial for the late Maharaja and will be home to a permanent exhibition about his life. Fortunately for the city’s residents, a preview of the exhibition opened on Monday at the Indian National Trust for Art & Cultural Heritage premises here as part of its Heritage Week celebrations. Titled ‘The Last Maharaja of Punjab’, it showcases replicas and paintings from various sources. “The exhibits were commissioned by the Government of Punjab and will be preserved at Bassian Kothi,” said INTACH Architectural Heritage Division Principal Director Divay Gupta. Last year, INTACH was engaged by the Government of Punjab to restore the colonial building at Bassian Kothi. “This exhibition will hopefully encourage people to drive out there to see the larger exhibit.”

The exhibition provides information about Maharaja Duleep Singh, his early childhood, his years in exile, his marriage to Bamba Muller whom he met in Egypt on his return to England after scattering his mother’s ashes in India, his attempts to re-learn Punjabi and information about all his children — ‘His last descendant, Princess Bamba (88) like his other seven children died childless in Lahore, Pakistan, ending the lineage of the great Sikh rulers’.

Among the exhibits is a replica of the Kohinoor Diamond, a cartoon of the Maharaja that appeared in the 1871 issue of Vanity Fair, his Coat of Arms and several replicas of paintings commissioned of him and his family. A visitor can even see the replica of the Maharaja’s grave at St. Patrick in Elveden, England. Since the early ‘90s the graves of the Maharaja’s family have been tourist sites for thousands of Sikhs, so this should be an interesting exhibit for many. 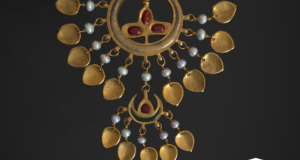