Delhi, India: Congress leader Sajjan Kumar, facing trial in a 1984 Sikh Genocide case, on Monday questioned the conduct of the key witness and complainant in a court here, that she did not tell any authority for 22 years about her not having faith in the Delhi Police probe.

Continuing the final arguments in the case, Kumar’s counsel IU Khan informed district judge JR Aryan that complainant Jagdish Kaur, who had lost five of her family members during the riots, first did not co operate with the Delhi Police’s probe for over two decades, and later, in 2006, she explained her non-cooperation as a lack of faith in the probe agency.

The Delhi Police had earlier probed the riots cases and the investigation was handed over to the CBI in 2005.

“Summons were s e nt to Kaur in Punjab by the police in 2003 and 2004, requesting her to join the probe and for recording her statement under section 164 of the CrPC, but she refused to cooperate.

After 22 years, in 2006, she had stated for the first time before the CBI that she had no faith in the Delhi Police and that is why she had not cooperated with its (police) probe,” Khan argued.

Khan said Kaur had never stated the fact before the Justice GT Nanavati and Justice Ranganath Mishra Commissions and for the first time in 2006 she said it in CBI’s office that she had no faith in the police probe.

Kaur, in her statement to the CBI, had said she had no faith in the investigation carried out by the police as its probe was a “mere formality” and that was the reason she had not-cooperated with it.

The case relates to the antiSikh riots following the assassination of the then Prime Minister Indira Gandhi on October 31, 1984. 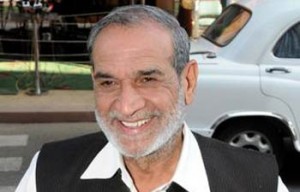