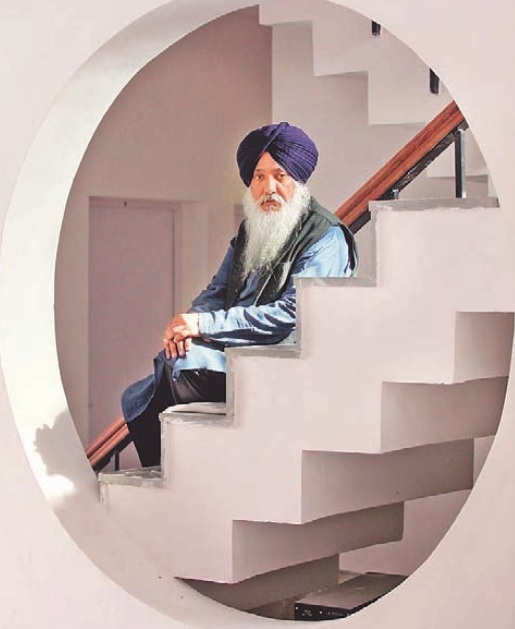 Comments Off on The Collaborator 526 Views

It’s one of the unique cases of a Sufi singer taking to working in sync with western classical musicians. Sufi singer and com poser Madan Gopal Singh is an artist who loves collaborations.

Though he claims his journey of working with foreign western artists wasn’t preplanned, he inadvertently got in the habit, finding pleasure in experimenting.

The story began with Shahram Nazeri, a KurdoPersian singer that he worked in tandem with in 2000. He has since performed with renowned artists such as jazz singer Theo Bleckmann, percussionist David Cossin, bassist Gregg August and composer and singer David Hykes at numerous music festivals.

Locally, he collaborated with Navtej Singh Johar, a bharatanatyam exponent, thereby seamlessly interspersing Punjabi and south Indian cultures. “It has been a great experience playing with musicians with an expertise in different genres,“ says Madan Gopal s.

“It was a joyous moment when members of New Yorkbased band, Bang on a Can, gave up their pre-written musical notes during our joint performance in Bordeaux, France, and started playing spontaneously with me,“ he shares, about his gig with them in October at Evento­2011 held in France.

Singh had, in the past, also joined forces with New York based-band 4/5/6, Harmonic Chants’s Timothy Hill and UK-based music composer and tabla player Talvin Singh (who is also known for creating an innovative fusion of Indian classical music and drum & bass). On the art of working with musicians of other genres, Singh says there has to be some conviction about why they should team up.

The effect of the work, he says, is that he feels `spiritually connected with them from inside.’ “This occurrence of collaborating was totally unexpected,“ adds Singh. The only `planned’ association happened in the year 2005, when he attended a residency programme in Italy and engaged with artists such as Theo Bleckmann, David Cossin, Greg August and David Sheppard. “All these musicians are already well-versed in Sufi music. The reason that our association worked was because they liked my voice and rich text of Sufi poetry.“

Singh is clear about the category that his kind of music falls into. “My music doesn’t challenge popular music, but there is a lot of experimentation in my work, which caters to niche audiences. Moreover, I feel happy when audiences learn about our rich Punjabi poetry.“

Madan Mohan Singh will be composing music for the Hollywood remake of The Adventures of Prince Achmed, a 1926 German animated fairytale film by late Lotte Reiniger.