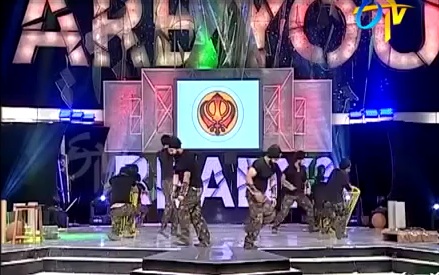 China: The Chinese Youtube versions like youku. com and tudou.com have seen thousands of downloads of a dare devil game by a group of Sikhs aired on Indian television channel ETV.

The show involves Sikh warriors being run over by a car and a motorcycle, hit by massive hammers, crashing on a bed of fluorescent tubes, and even eating tube light glass. A young Sikh pulls a car tied to a rope using his teeth.

The show’s performers called the Goja group have notched up a fan following going by comments on the Chinese internet.

Many viewers called it a sign of bravery while some called it a show of fake valor using modern technology.”India is indeed a mysterious place,” one comment said.