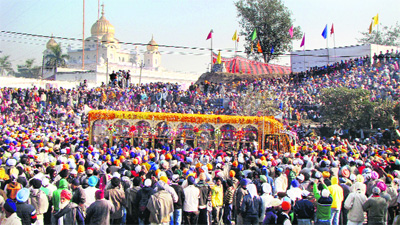 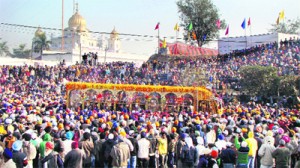 Fatehgarh Sahib, Punjab: The three-day annual Shaheedi Jor Mela, which is organised in memory of younger Sahibjadas of Guru Gobind Singh, who were bricked alive by Mughals for not embracing Islam, concluded here today with religious ceremonies.

To mark the concluding ceremony, a Nagar Kirtan was taken out from Gurdwara Fatehgarh Sahib to Gurdwara Jyoti Swarup Sahib after performing the “ardas” by Tarlochan Singh, head priest, Gurdwara Keshgarh Sahib.

The main attraction during the mela was the “Mein Tera Banda”, a light and sound programme, organised by the district administration and the SGPC. The programme, which was based on the life Baba Banda Singh Bahadur.