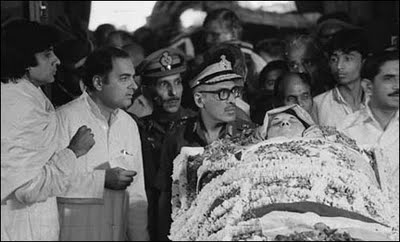 The superstar who was a very good friend of Rajiv Ghandi had been invited to inaugurate Punjab government’s Khalsa Heritage Centre (KHC) at Anandpur Sahib on Friday morning.

However, those plans found strong opposition from Sikh community and rights activists, which led to his trip getting embroiled in the row. In 1984, Amitabh Bachchan delivered some venomous speeches against Sikhs. Looking at the stance of the Sikh groups, Punjab government re jigged the guest list and gave up on inviting Amitabh Bachchan for the event.

Senior functionaries in Punjab government kept mum on the issue, Karamjit Singh Sra, KHC project CEO, said, “I am not aware of the guest list as reception wing takes care of that.” He said he had no idea about the controversy over the superstar attending the function. Another senior official explained, “Amitabh Bachchan could not make it as he had other engagements.”

Not long time ago, Sikhs For Justice (SFJ), a US based rights organization, had filed a complaint with Australia’s Commonwealth Director of Public Prosecutions, making Bachchan a party in inciting the mob during the 1984 genocide against Sikhs in Delhi.

Subsequently, singers Asha Bhosle, Jaspinder Narula and Hans Raj Hans were invited for the function. Asha performed at the grand function as she recited shabad. She stayed at Anandpur Sahib.

2011-11-28
SSNews
Previous: Sikh memorial in Gurdaspur to be inaugurated
Next: Set up Dera Baba Nanak-Kartarpur corridor